What to see in Yalta: attractions, museums, zoos, nature. Where can a tourist walk in Yalta?

We briefly talk about the main interesting places of the city 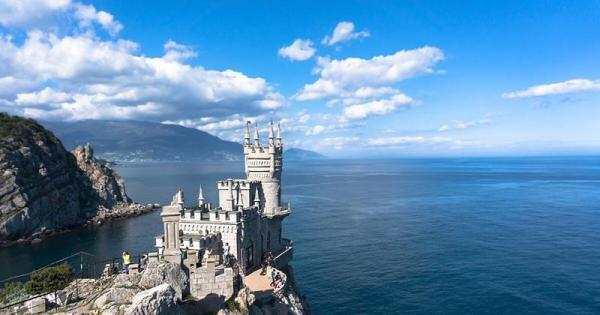 Yalta — Russian city, resort and port on the southern coast of the Crimean peninsula. It was founded in 1154, has an ancient history, a lot of attractions, is rich in recreational resources, and is popular among lovers of both beach and outdoor activities.

This article tells about where to go in Yalta for tourists and vacationers, about its main sights.

Of the architectural monuments in the city, there are many mansions and estates of the Russian nobility, who once rested here. Many buildings of the XIX period – beginning of the 20th century. Among the architectural sights:

Vorontsov Palace in the village of Alupka at the foot of Mount Ai-Petri, built of diabase in the Neo-Moorish style;

Livadia Palace on the Black Sea coast in the «Italian» style, the former residence of Russian emperors;

The Massandra Palace of Emperor Alexander III, which combined the chateau and the style of Louis XIII;

Castle “Swallow's Nest” on the Aurora rock of Cape Ai-Todor — in the neo-Gothic style;

Yusupov Palace in the neo-Moorish style, located in the village of Koreiz;

Roffe baths on the waterfront built in 1897;

Roman Catholic Church of the Immaculate Conception of the Virgin Mary on the street. Pushkinskaya;

Palace of the Emir of Bukhara.

Museum of Sculpture and Floristics .

The city has a private zoo “Skazka”, as well as a dolphinarium, a crocodile aquarium, a butterfly museum and the Yalta Aquarium.

< p>Natural places that tourists can visit

These include such objects of nature as:

Lake Karagol in the mountains.

Read the details on our Yandex.Zen channel