What to see in Sochi: museums, parks, attractions. Where can a tourist walk in Sochi?

Sochi is a Russian city on the Black Sea coast of the Krasnodar Territory. It was founded in 1838. This is the largest resort center in the country. Every year Sochi is visited by a large number of tourists 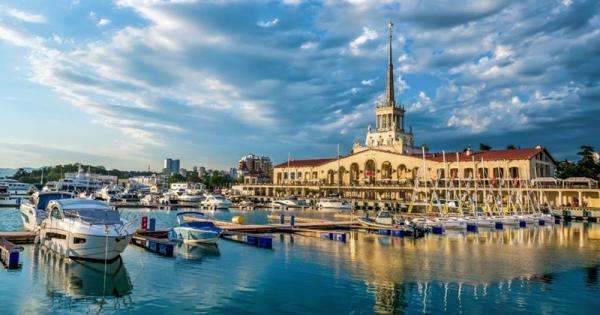 What to see in Sochi: museums, parks, attractions. Where can a tourist walk in Sochi?

Sochi — Russian city on the Black Sea coast of the Krasnodar Territory. It was founded in 1838. This is the largest resort center in the country. Every year Sochi is visited by a large number of tourists. This article will talk about the main attractions of Sochi.

Sights of the city

The architectural monuments of Sochi include:

The thirty-meter observation tower on Mount Akhun is a monument of architecture and urban planning.

Sanatoriums built in the 1930s years outwardly similar to palaces. Among them:

Joseph Stalin's dacha is both a historical landmark and a museum.

Sochi — resort town, has a large number of hotels, sanatoriums, clinics, recreation centers. There are 183 beach areas and about 70 excursion companies. The city is located in the zone of humid subtropics. The sea and mountain climate of Sochi is well suited for treatment and recreation.

Arboretums and parks in Sochi

On the slope of Mount Akhun there is a unique yew-boxwood grove. Relic plants grow in it — berry yew, Colchis boxwood.

In the Lazarevsky district of Sochi there is a unique cascade of 33 waterfalls, also called the Dzhegosh waterfalls.

Another unique recreational facility is located in the Khostinsky district of the city — Eagle rocks. These are absolutely vertical cliffs with a height of 379 meters above sea level. From their peaks, a beautiful view of other mountains opens up, there are many caves in the vicinity.

In the Riviera Park a large number of rare and unique plant species, many attractions for children, a library, a drinking fountain. This is a favorite vacation spot for both Sochi residents and tourists.

Various sporting events are constantly held in Sochi, which is facilitated by the presence of Olympic facilities that remained after the 2014 Winter Olympics.