Tourist Istiklal Street in Istanbul, where the explosion occurred. What is she famous for?

Many of the sights of the city are located here 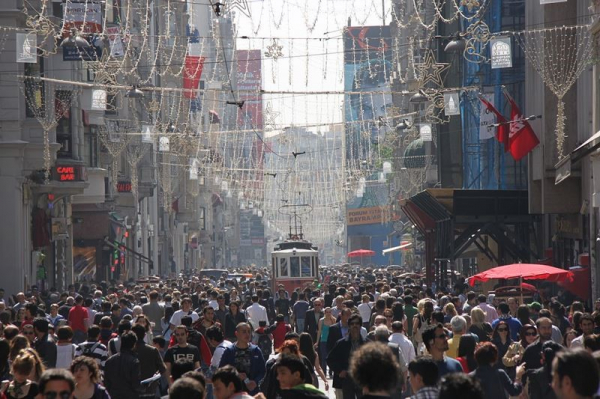 Tourist Istiklal Street in Istanbul, where the explosion occurred. What is she famous for?

On Sunday, November 13, a terrorist attack occurred in the center of Istanbul. As a result of the attack, there are victims and casualties. Briefly about the tourist street that was attacked.

Istiklal Walking Street (İstiklâl Caddesi) is one of the most popular tourist spots in Istanbul. It is located in the Beyoglu district in the European part of the metropolis. The architecture of the houses on the street is more reminiscent of Vienna or Munich than the cities of Asia.

There are always a lot of people on the street: both tourists and locals. No wonder it is here that rallies and protests often begin. The loudest protests of recent times took place here in 2013.

Istiklal is also home to many of Istanbul's attractions: the famous Galata Tower, the Church of St. Anthony of Padua, many boutiques, restaurants and souvenir shops.

It is on this street that the legendary historical tram runs. Once such wagons were the main means of transportation in the city. Since then, an extensive metro network has been built in Istanbul, and the old tram cars have become a tourist attraction.

See. photos and other news on our Yandex.Zen