The Kuklachev Cat Theater presents the premiere of the play “And the world will become kinder” – this is the name of a kind and bright performance with the participation of cats and cats, which was created by the troupe of Ekaterina Kuklacheva as part of a grant from the President of the Russian Federation to support creative projects of public importance in the field of culture and art 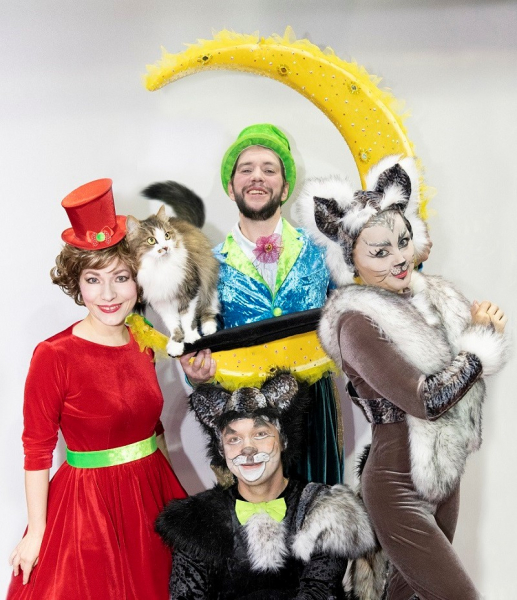 Cheerful theater actors and their furry friends – cats – this is not the only thing that surprises young spectators from orphanages and boarding schools, as well as schoolchildren and their parents. The performance is interactive. There is even a sand show and a master class where you can try to become an artist for a while!

Artists and spectators together in a playful way comprehend the basic values ​​of life: the secrets of friendship, mutual assistance, and become “volunteers” who do good deeds and strive to spread good all over the world on the wings of their souls!

An amazing and instructive story of the transformation of Boriska the cat. A capricious cat gradually understands how important it is in life to show attention and mercy to those who need it. With the help of the audience, he learns to be responsible, appreciate and respect his friends.

The main ideas of the performance sound in a simple and accessible language, understandable to both children and adults, so kindness is the basis of everything that happens here! The project has a pronounced creative and humanistic character, helping to reveal the inner potential of the child's personality.

With the help of author's techniques, the creators of the play form positive thinking in the younger generation. Involving children in play, creativity and art therapy develops the ability of self-knowledge and self-development, helps to interest and reveal the natural talents of the child. The performance was created based on the book “Planet of Kindness” from the series of books “School of Kindness” by Yu. D. Kuklachev.

The play premiered in October and the charity program will run until the end of November.
There is goodness and there will be!