October 18, 2022 at 16:00 at the Central House of Aviation and Cosmonautics of DOSAAF of Russia the opening of the exhibition “Flight glasses” will take place. 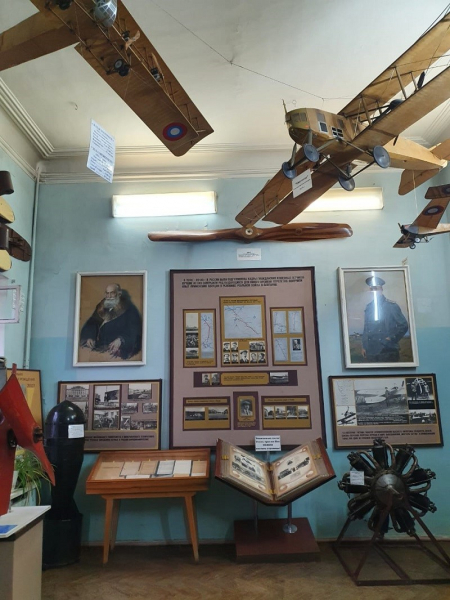 In the Central House of Aviation and Cosmonautics of the DOSAAF of Russia, the exhibition “Flight Goggles” will open

The beginning of the 20th was a time of rapid development of aviation. The planes flew faster and higher. And the higher and faster — the greater the problem for the pilot's eyes becomes the sun, whose radiance at an altitude of several kilometers is no longer smoothed out by dense layers of the atmosphere. The blue sky, the bright sun and the strong wind, which literally hurts the eyes, blinded the pilots. Because of this, the pilots felt a headache and nausea, inappropriate in the cockpit. So the idea was born to protect the pilot's eyes with specially designed goggles that look like a mask that protects the eyes from high-intensity airflow, solid particles, dust and smoke, and then there were goggles with tinted glasses that protect the eyes from bright light. 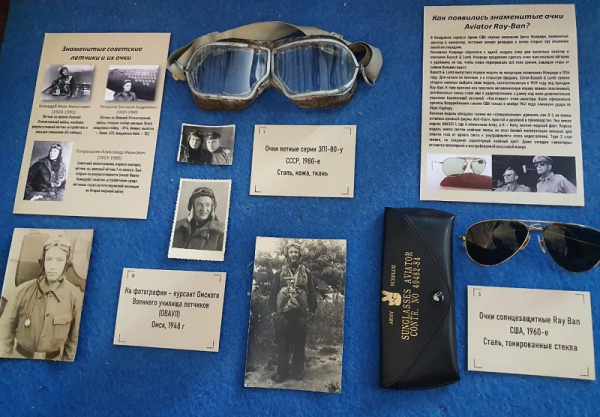 The history of the transformation of flying goggles from the beginning of the 20th century to the 1980s will be presented at the exhibition.
Spectators will see glasses of the first aviators, glasses of the times of the First and Second World Wars, glasses used by polar pilots and heroes of the first transatlantic flights. The exposition also includes other flight accessories
protecting the head and face of aviators, — leather and pith helmets, protective masks.
The exhibition was formed from the funds of the Central Administration of the Civil Aviation and Culture of the DOSAAF of Russia and the private collection of Yulia Karbovskaya from St. Petersburg. 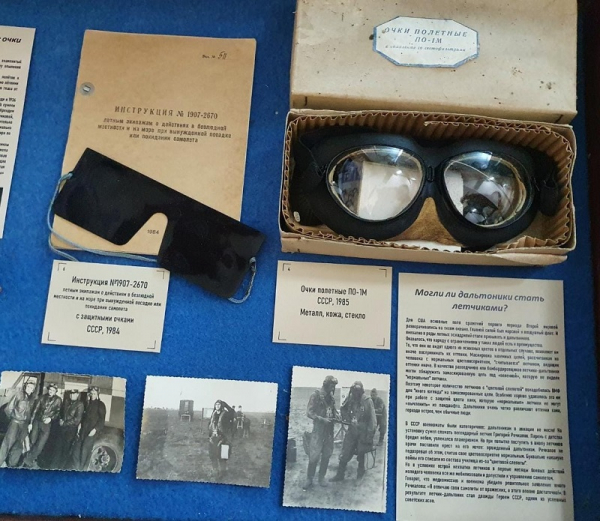 Yuliya Karbovskaya has been collecting points for about ten years. She acquired her first collectible item (a Chekhov pince-nez) in 2013. Aviation goggles are part of her collection of over 150 items – glasses, lorgnettes, pince-nez and eyeglass cases, reflecting almost all stages of the evolution of spectacle frames since the middle of the 17th century. According to her, flight glasses of the first half of the last century – great rarity. They almost never meet now. However, visitors to the CDAiK will be able to see them, also thanks to her. Among the exhibits she brought to Moscow are Soviet-made flight goggles from the 1940s with dark blue lenses and side shields.

The exhibition will run until December 18, 2022 .
Address: Moscow, Krasnoarmeyskaya street, 4.