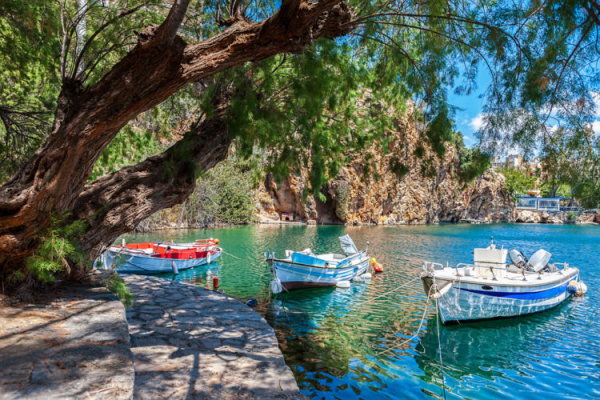 Agios Nikolaos is the capital of Lasithi, located on the eastern part of the island of Crete. It occupies the western zone of the Mirabello Gulf, 62 kilometers from Heraklion. In the III century BC. e. this city was a large trading point, the well-being of which was evidenced by the coin produced here (own money indicated great wealth). The name of the city is associated with the Byzantine church, which was built in the IX century in honor of St. Nicholas. But they began to actively build it up only in 1870.

The beginnings of tourism originated in the 60s of the XX century, quickly covering all cities. Over time, tourists began to come here from all over the world. In the summer, the city hosts the Lato festival. You can watch various exhibitions, performances by artists from Greece and Europe, as well as folklore ensembles.

The sights of the city of Agios Nikolaos in Crete, clean beaches (many received the Blue Flag award), landscape views of the amazingly beautiful Mirabello Bay allowed him to gain fame as a world-class resort city.

From the local airport of Heraklion to Agios Nikolaos run Shuttle Buses. The journey takes about one and a half hours. You can also use taxi services. For a convenient transfer around Crete, you can rent a car, which is available to pre-select or take on arrival.

Admiring the sights of the town of Agios Nikolaos in Crete

The city is jokingly called the local Saint-Tropez. This is mainly due to the location near Lake Voulismeni with fresh water and a depth of 64 meters. Legend says that Athena and Artemis themselves took baths here.

Until the middle of the 19th century, the lake was not connected to the sea. In 1867, the Turkish ruler issued an order to build a canal that was supposed to connect them. But even so, the lower layers still remained freshwater due to the large number of underground streams that feed the lake. And the top about 30 meters became salty.

After the liberation of Crete from the Nazis, local residents dumped a lot of German equipment at the bottom of Voulismeni, which remains there today. Today the lake is shrouded in an amazing atmosphere of romance, a large number of restaurants are conducive to complete relaxation. Here you can enjoy a delicious drink. It is better to dine in local restaurants, where a full meal will cost 20 percent less.

Photos and descriptions of the sights of Agios Nikolaos in Crete are impressive. But it is better to see and appreciate all the delights of the town with your own eyes. List of most visited places:

the church of St. Nicholas in the north of the town is built on a small hill. The church of the Byzantine period, which gave the city its name, was built in the 9th century. Inside, ancient paintings have been preserved. On the day of St. Nicholas on the sixth of December, she especially attracts attention; 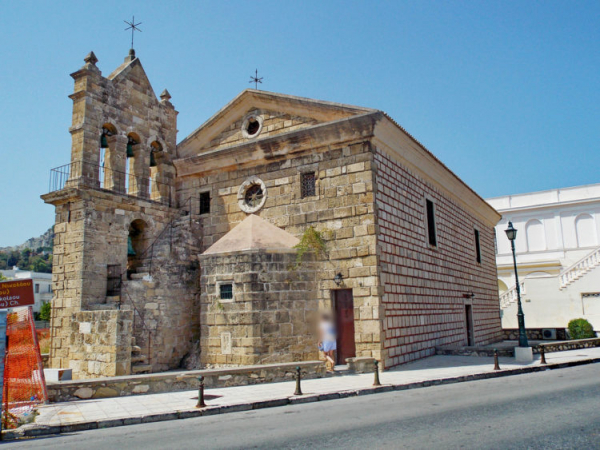 The ethnographic museum occupies the first floor of the Port Authority. It consists of only three rooms. The exhibits consist of national costumes, samples of materials and embroidery, and household items. Museum working days: all week except Monday. You have to pay for the entrance; 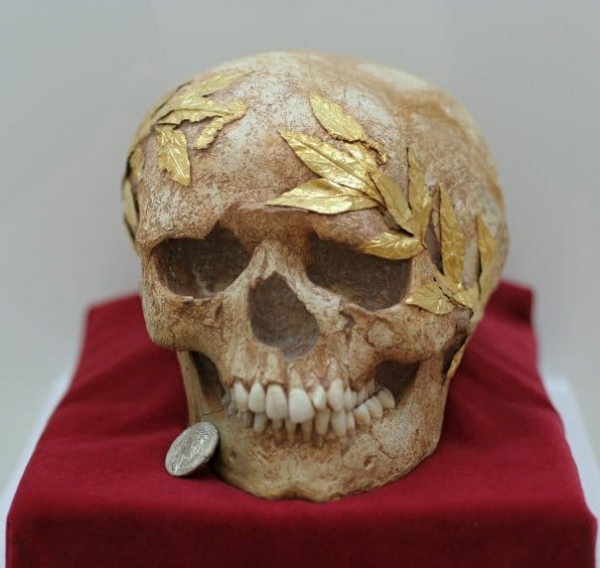 Skull of an athlete with a coin for Charon Zde

archaeological museum north of the lake. There are only eight exhibition halls with a rich exhibition of archaeological excavations from the east of Crete. The finds belong to the Neolithic period, the civilization of the Roman and Minoan period. In a separate room, exhibits from the Minoan burial in Agia Fotia (numerous ceramic vessels, bronze knives, obsidian tools) are exhibited. The face of the goddess Mirta is a sculpture for which this museum has become famous. A large ceramic vessel has a female figure with a too small head, an elongated neck, and a bell-shaped body. The goddess holds a vessel for sacrificial libations. The most impressive element of the museum remains the skull of a young athlete, which was found on the ruins of a Roman burial. He has a laurel wreath of gold on his head, a silver coin in his mouth (according to ancient tradition, it is needed to pay for the transition to the kingdom of the dead). In summer, the museum can be visited on any day except Monday. Paid entrance; 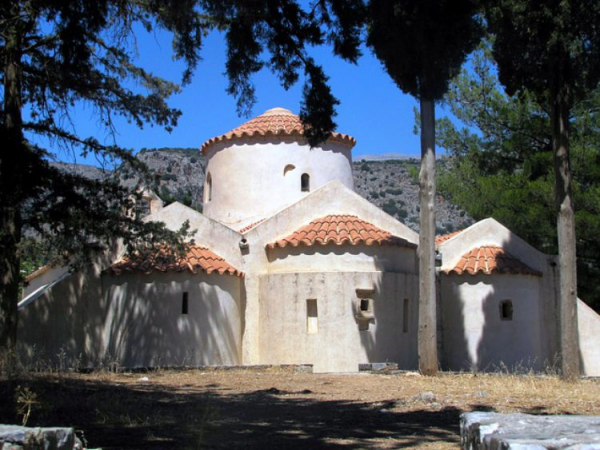 the church of Panagia Kera in Kritsa is the most popular monument of Byzantine architectural monuments in Crete. Located in an olive grove at the entrance to the settlement of Kritsa. The original, extraordinarily beautiful frescoes depict biblical scenes, including George. Victorious and Francis of Assisi. The miraculous icon of the Mother of God attracts numerous pilgrims who believe in its healing properties. You have to pay to enter the church. Shuttle taxis go here, to the church; 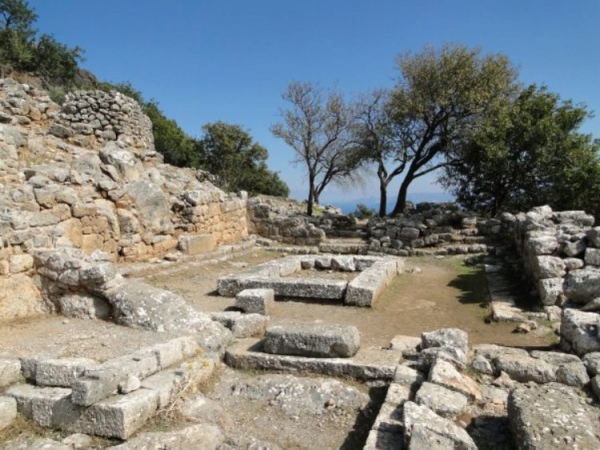 the ruins of the city of Lato, three kilometers from the village of Kritsa and 15 km from Agios Nikolaos. The ancient city was a very important settlement of the whole island. Previously, it was the largest trading port with a coin produced, which depicted the goddess Ilithyia. The city was destroyed, but the Romans continued to actively use the harbor, later it was the Byzantines and Venetians, until it became a full-fledged modern Agios Nikolaos. After the excavations, the remains of the city gates, steps of the stairs to the Agora to the sanctuary were found. The discovery allowed scientists to restore the city plan with the placement of the main temple, the ancient theater, residential buildings, and various workshops. You can admire the archaeological site until 14:30, the entrance is paid; 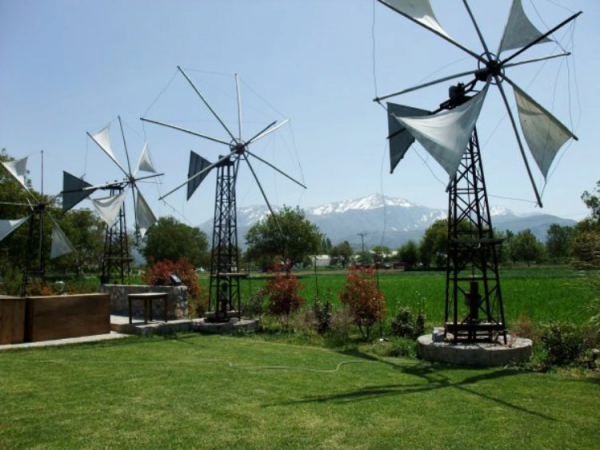 Windmills on the Lasithi Plateau Nikater

Lasithi Plateau, which occupies a large area on the eastern part of the island at an altitude of 900 meters. In eighteen villages located on the plateau, the old way of life is still preserved. There are many windmills on the plateau, working continuously. The Dikti mountain range with the cave of Zeus is especially attractive for tourists; 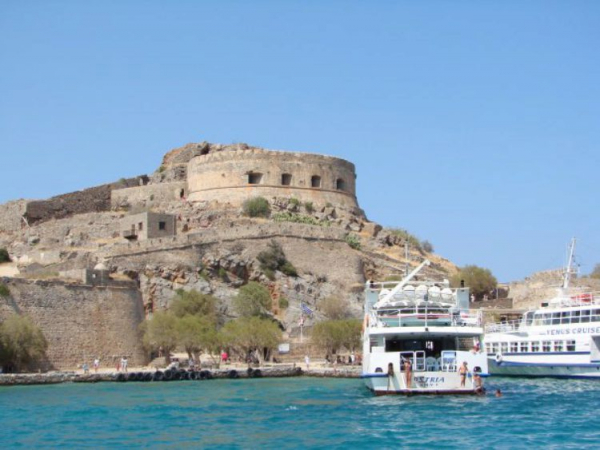 the island of Spinalonga, which arose after the earthquake, when the ancient city of Olus was destroyed. Sunken ruins can be seen through the clear waters. This place is especially attractive for divers from all over the world. In the 15th century, the Venetians discovered salt deposits, which began to be actively developed. Nowadays, you can visit a church and a museum on the island. You can get to Spinalonga on a sightseeing boat. The tour lasts four hours with a stop for swimming. A walk around the island lasts an hour and a half, you can walk alone along the paths you like or join an excursion trip;

See also  Budget hotels in Turkey with 4 and 5 stars 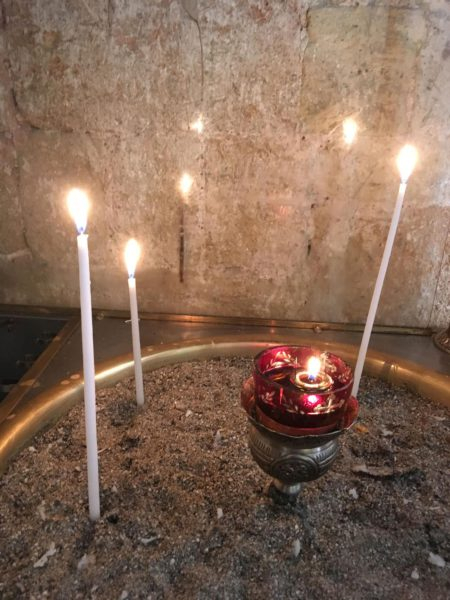 Monastery of Our Lady of Faneromeni is not a very common tourist destination, as it is located high in the mountains. On the road, you need to be especially careful, but the local landscapes are really amazing. Inside, everything is arranged according to the type of a traditional Cretan village. The main cathedral was carved into the rock, next to it there are small white-colored cells, stairways made of stone and numerous flower balconies. The Mother of God gives the woman a child, because on August 15 a huge number of pilgrims from all over the world flock here; 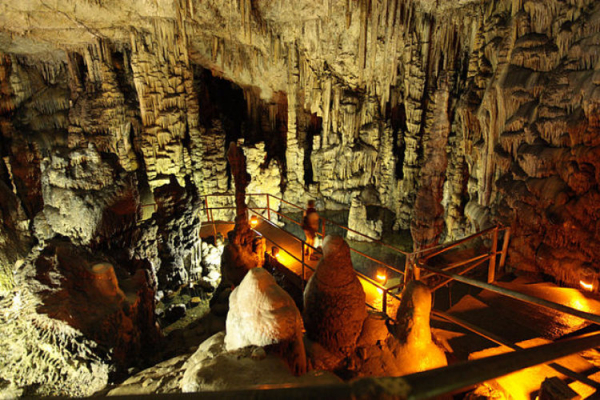 The Diktean cave of Zeus is known to all locals and visitors. There are five halls in it, one has an underwater lake, they go down to it via special bridges. Here you can use the famous Cretan transport – donkeys to transfer things. You need to bring comfortable shoes and a warm jacket. Adults only need to pay to enter. It is allowed to take photos without flash.

Photos of the sights of Agios Nikolaos in Crete do not allow you to fully realize the beauty of the area. People of all ages love to relax here: whether it's an active holiday or a calm and romantic trip. Even children will be interested in spending time if they organize their leisure time correctly.

Every year, crowds of tourists come here to enjoy the amazing gifts of nature and appreciate cultural and natural monuments. Thanks to the constantly running regular buses, you can see not only the city, but also the surrounding area in a short time. It is worth familiarizing yourself with the pricing policy in advance, considering possible sightseeing tours. With proper planning, you can spend a minimum of time admiring nature and appreciating local attractions. Read also about the sights of Corfu and get inspired for your next trip to Greece.