The FSB assures that the situation on the border is calm, there are no traffic jams 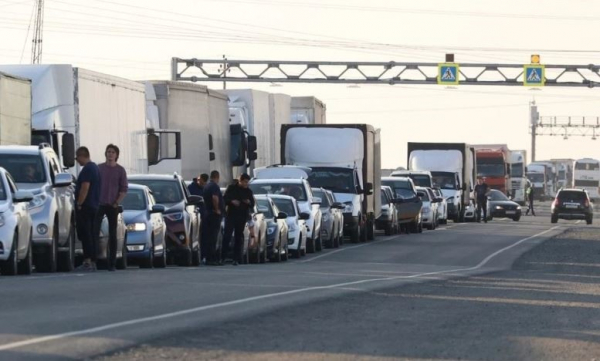 FSB officers reported a raid at a checkpoint in the Kurgan region to identify those to be mobilized.

After the announcement of mobilization in the Russian Federation on September 21, some Russians hurried to leave the country. Especially many people leave for Kazakhstan, where you can live without a visa for up to three months.

Until recently, the Russian authorities freely let their fellow citizens across the border. However, in the Kurgan region, at the Petukhovo checkpoint on the highway to Kazakhstan, an FSB squad began to work. They reported the following:

There are attempts to leave persons subject to mobilization. We notify them that they need to apply to the military registration and enlistment office. Here we do not pass through the border. If you have any questions about why such a decision on non-passing was made, you need to contact the military registration and enlistment office

Kurgan security officials denied information about many kilometers of traffic jams at the border. According to them, the situation in Petukhovo is calm, there are no traffic jams. The maximum queue is 10-15 cars.

See. other news and photos on AllDaily