Sports tourism is being developed in the Moscow region

One ​​of the largest indoor shooting ranges not only in Russia, but also in Europe – Target Point, has opened on the territory of the Okhotnik's Estate country club in the Klinsky district of the Moscow region. 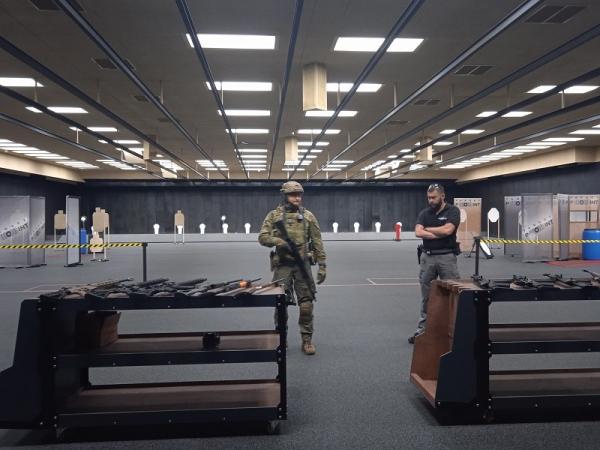 Sports tourism is being developed in the Moscow Region

Evgeny Veselov, Chairman of the Board of Directors of the Okhotoved Company, which manages the country club, is sure that the new location of the European level will become a real center of attraction for outdoor enthusiasts. – Target Point is a large-scale project, on the implementation of which we have been working for several years, and today it is not only the largest indoor shooting range in Europe and Russia, but also a comfortable place to relax with a developed tourist infrastructure. The area of ​​the shooting complex – over 4000 sq. m, has three covered shooting galleries with shooting distances of 20, 35 and 100 meters. The largest gallery is 30 meters wide, making it unique in the entire shooting community.

Aleksey Larin, CEO of the Target Point shooting club, adds that the new location will be interesting not only for beginners taking their first steps in shooting and experienced athletes improving their skills, but also for tourists who want to try something new.

–  The main task of Target Point is to promote and develop shooting sports, hunting areas, as well as a culture of safe communication with weapons. A wide selection of civilian models of Russian and foreign short-barreled and long-barreled weapons in various calibers is available to visitors, – he commented, – All & nbsp; the galleries are equipped with the most modern automated target equipment, including moving, lifting-turning and appearing targets, thanks to which it is possible to shoot in various scenarios at 180 degrees.

The design of the complex is sustained in a modern eco style, you can call it “Japandi” — free synthesis of the Scandinavian style with the features of Japanese style. Many interior details — author's, were developed by the team of designer Elena Krylova's studio. There are many references to the theme of hunting, for example, a display case in a hunting accessories store is stylized as a pistol.