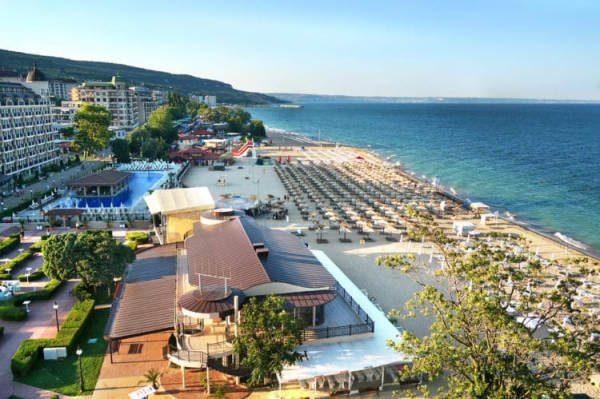 The beauty of a holiday in Bulgaria, in addition to the content of the tourist program, is its cheapness. In order to relax and see the sights in Varna, you will not need too much money, as, say, in another European country. Having a stable currency on hand, you can find what to see in Varna, where to relax and what places to visit for a nice price. We advise you to see the sights of Varna in advance with photos with names and descriptions and decide on those that you would like to visit without fail.

What to see in Varna in the first place

Varna is a cozy old town, known for its gentle sea, good beaches and remarkable objects. We will advise where to go in Varna and its environs. 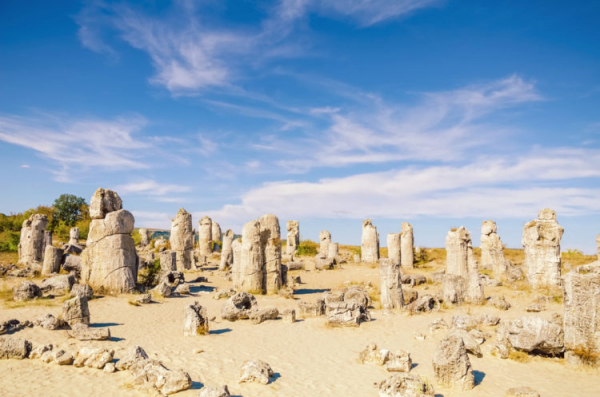 Stone columns of natural origin in the Stone Forest valley

This interesting place is located far from Varna and is only nominally called a forest, although in some places you can see small herbal bushes. This area is almost 70 sq. km “planted” with stone columns. The height of some reaches 7 m. The forest is conditionally divided into 3 sections, the stones on them differ in their shape and location. A very original nature reserve worth visiting. 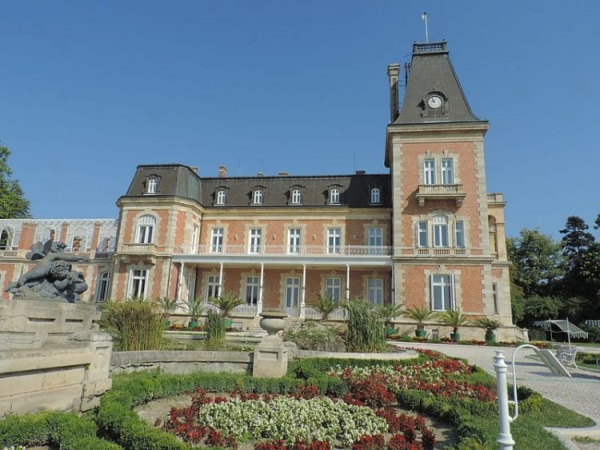 We will tell you what to visit in Varna from historical monuments. The residence is located on the coast north of Varna and persistently resembles the Crimean Massandra. The magnificent palace ensemble is surrounded by luxurious greenery. The park is divided into zones, each of which has its own appearance and purpose. The area in front of the palace is especially beautiful: a bronze statue of Neptune is installed there and a fountain is broken. In the park you can see the ruins of the “Kastrica” ​​fortress. 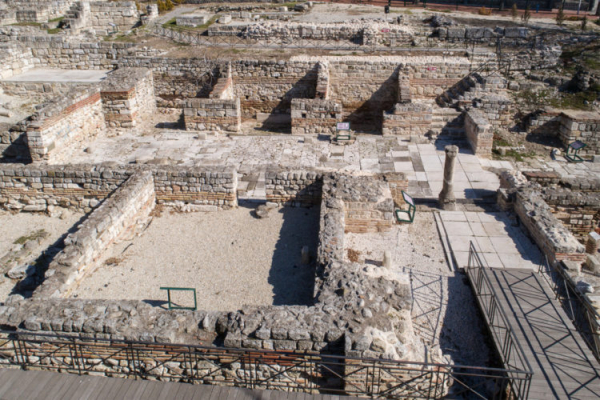 What a trip without visiting the most valuable cultural monuments of the city! This example of Roman culture belongs to the Varna Archaeological Museum. Huge baths were built at the end of the 1st century. The baths consist of many rooms, their design used an original heating system with warm air supply from the floor to the roof. 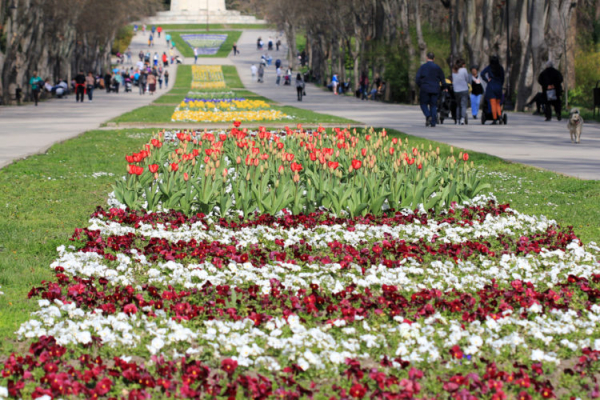 Flower beds in the Seaside Park or the Sea Garden

But what to see in Varnea from the symbols of the city? Almost 60 hectares of this park stretches for almost 2.5 km. The infrastructure is substantial and includes an aquarium with common and exotic fish, a zoo, the best dolphinarium in Eastern Europe, a planetarium, an observatory. It is interesting to look at the sundial, go to the Naval Museum. Fountains work on the territory, local artists perform daily on the open stage.

If you like the opera stage, then when you travel, try to get here. The theater in Varna is located in a luxurious building built in the Empire style. With red walls and a green roof, the structure is like a festive, neatly decorated cake without being pompous. The theater's repertoire is not limited to opera. 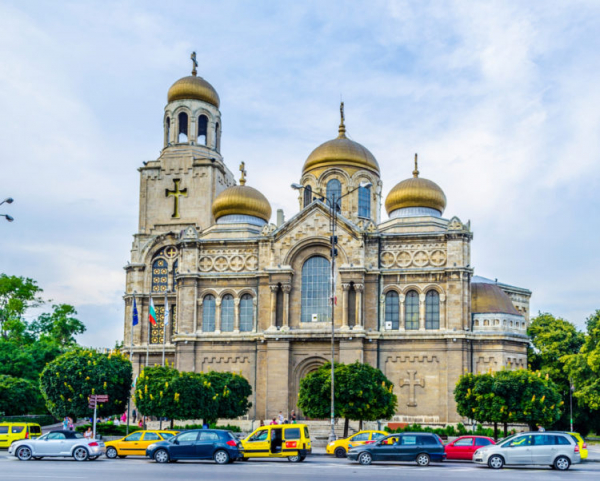 If you are going here for a short time, we will advise you what to see in Varna in 1 day. The Cathedral is the richest historical heritage, the main symbol of the city. The external beauty of the temple will not let you pass by. Inside, Orthodox features of worship are intertwined with Catholic ones. Amazing atmosphere inside and great experience outside. Definitely worth a visit. 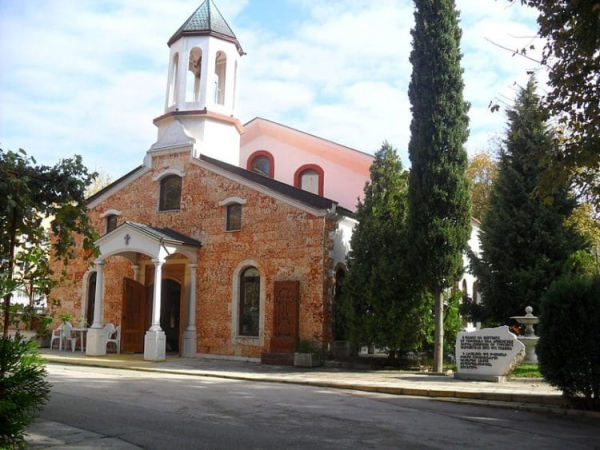 The Armenian Church of St. Sarkis – a functioning temple on the territory of Varna Powerfox

From the outside, the church does not evoke enthusiastic emotions, although the combination of white and terracotta is quite interesting. The style of construction is typical for Armenian churches and is not particularly luxurious. But already at the entrance a feeling of airiness is created, it seems so spacious and bright. The walls are decorated with Byzantine paintings. The reviews say that the temple is open only during the service, at other times it can only be viewed from the outside.

Cave in the Orthodox rock monastery of the XII century – Aladzha

The historical temple surrounded by nature is one of the best attractions of Varna, 15 km from it. Even in the IV century. Hermit monks carved the monastery into a sheer cliff. Despite the fact that in the XIV century. it was plundered by the Ottoman invaders, the monastery is well preserved and today it hosts guests as a museum. You can visit the rock complex only during May-October. 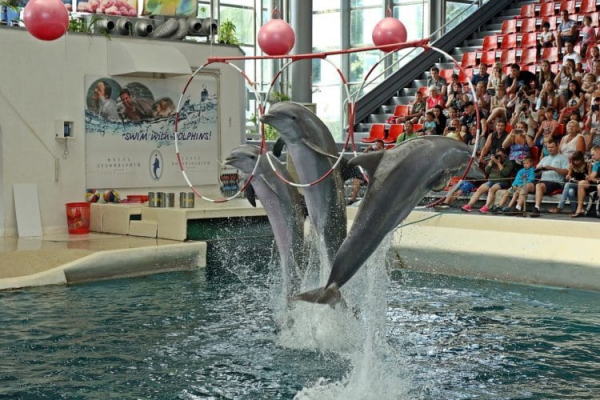 Dolphins in a unique Dolphin show

Even a brief overview of the show gives an idea of ​​how interesting and original they are. A good hall with a capacity of up to 1200 seats. Live contact with animals is possible for a fee. Below the dolphinarium there is a souvenir shop and a cozy cafe where you can watch dolphins through the glass of the aquarium. 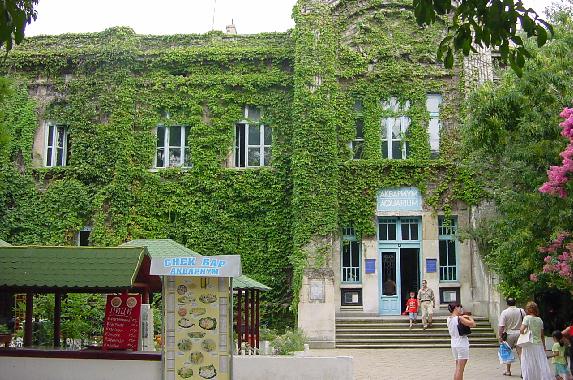 Many excursions in Varna include a visit to the local aquarium. Its design speaks about the purpose of the building: stucco figures of marine inhabitants on the facade. In addition to freshwater and marine species of the Black Sea basin, exotic specimens of tropical waters are also represented here. In addition to fish, there are also invertebrates (jellyfish, mollusks, octopuses), algae. In the exposition halls, objects that give an idea of ​​hydrology are exhibited. There is a specialized library. 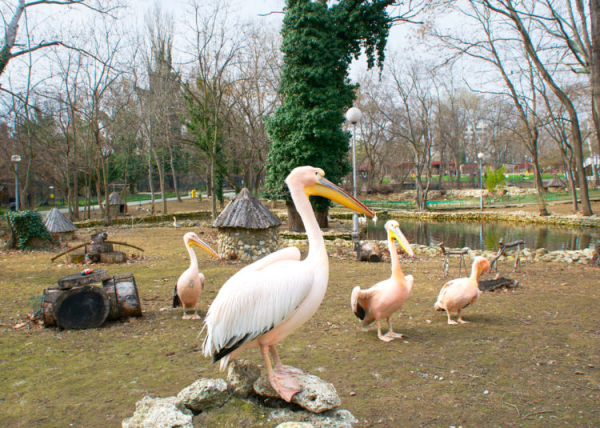 In a small area, tourists can admire representatives of dozens of species of animals and birds. Animals are kept in spacious enclosures and in open space, with some allowed tactile contact. Low price, ponies walking around the territory and scurrying rabbits, the opportunity to look at wild animals from a close distance.

12. Museum of the History of Varna 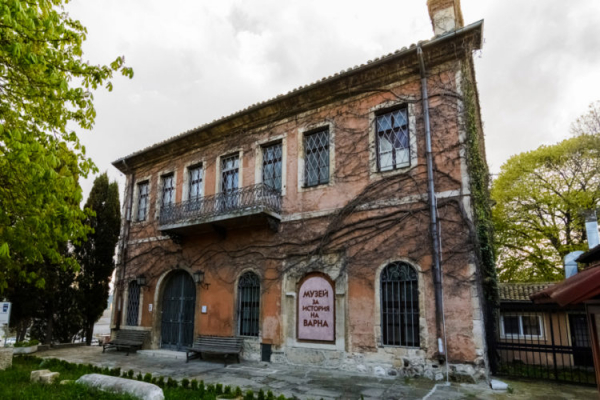 Two of the three floors in the building, which previously belonged to the Belgian consulate, are allotted for the museum's exhibits. Separate recommendations of those who visited this museum relate to viewing the cabinet with books and real antique furniture, in which the authentic atmosphere of the old times is recreated. Here are the interiors of craft shops, children's toys, musical instruments. The exhibits remind of the past life of the citizens of Varna, their customs and way of life.

View of the building of the archaeological museum in Varna

The beautiful noble building of the museum is a landmark of Varna. Huge collections include more than 1000 thousand exhibits, occupying two floors. The collection of ancient gold, ceramics, ancient medical and working tools, icons is impressive. The halls are arranged in chronological order. In the lobby you can buy antique-styled souvenir coins. 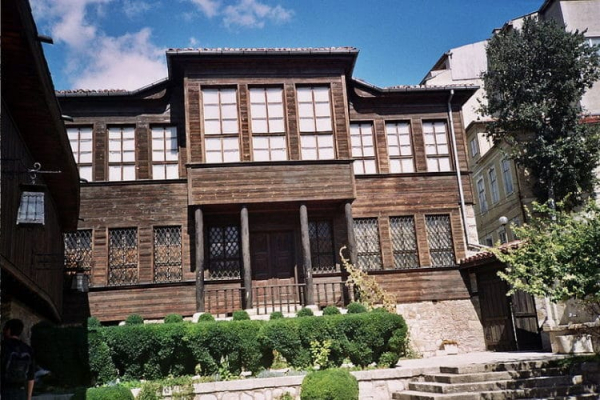 Another museum that introduces visitors to the life of the Bulgarian nation, crafts, clothing, traditions. The showcases are filled with objects related to the former life, and some rooms exactly repeat the atmosphere of the old life. Due to the interest in such objects, hotels in Varna never experience a shortage of customers.

This museum was created on the private initiative of a local businessman. Tsvetan Atanasov has amassed a huge collection of items related to Bulgaria's socialist past. Here are cars of the USSR, posters, toys, tricycles, children's cars. A storm of emotions is caused by wax figures not only of Bulgarian figures, but also of our compatriots, as well as leaders of countries of a distant socialist community. An interesting collection of retro photographs.

Varna attractions: what else to visit in Varna?

Listing the main attractions of Varna briefly, we tried not to miss the most important of them. But there is so much more to see in this city! 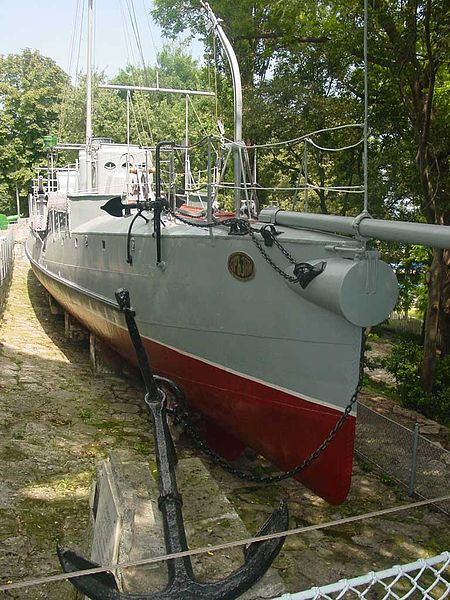 The deservedly high rating of the museum is based not only on a uniquely beautiful historical building of architectural value. For 400 sq. m presents the maritime history of the country from the XIX century. The exhibits were collected by officers of the Danube Flotilla. The exhibitions tell about the creation of the Bulgarian shipping, shipbuilding and fleet. For lovers of military history, it is proposed to visit the extensive library on the territory of the museum 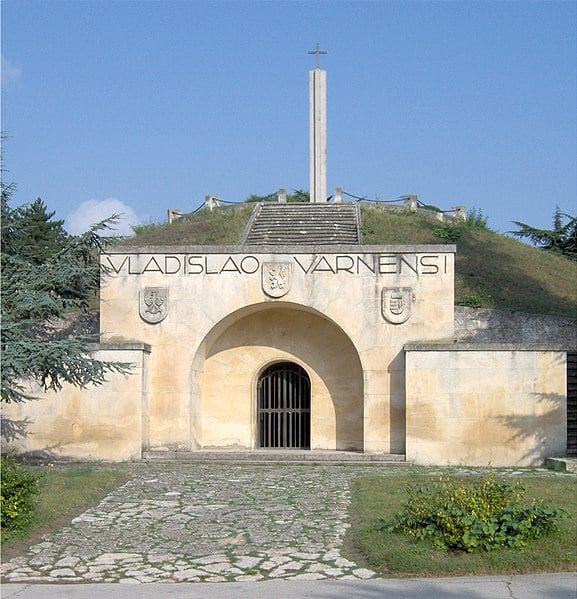 The park can be safely attributed to the sights of Bulgaria. First of all, the memorial complex built on the site of the death of the Bulgarian hero is interesting. The mausoleum is symbolic and serves as an exhibition center. The most valuable exhibit here is real knightly equipment of the 15th century. Weapons, maps, banners, coats of arms of noble families, engravings, and paintings are displayed at the exhibitions. In addition, here you can just relax in the fresh air, like in a regular park. 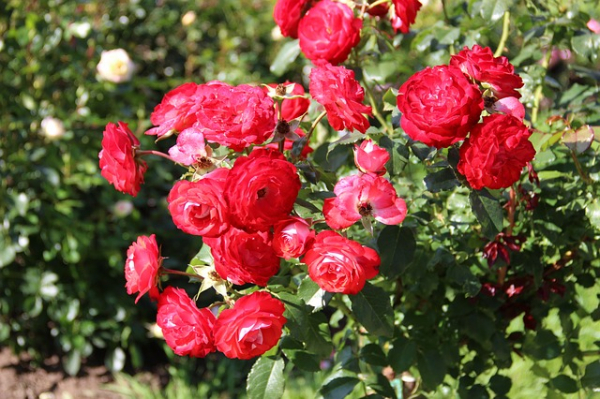 All guides in Varna recommend coming here. The creators of the project managed to combine artificially created and natural objects into a harmonious whole. There is a jockey club on the territory, which annually initiates national tournaments. Under the guidance of instructors, you will be offered to ride horses; you can ride a cabriolet or cart along the paths of the ecopark. There is also a biological station. 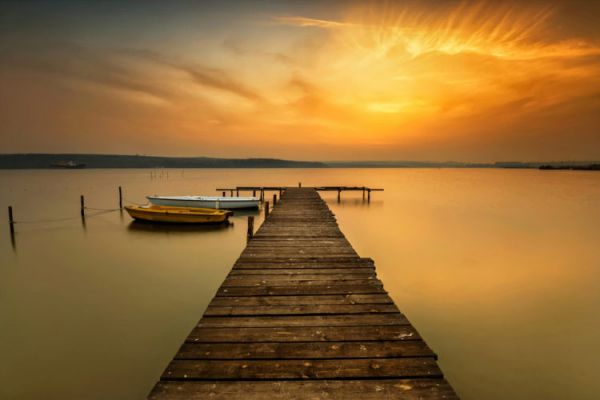 Sunset view with boats on the shore of Lake Varna

This freshwater lake stretches for 10 km. It is known for hydrogen sulfide mud, which, raised from the bottom, has healing properties, therefore it is used for medical purposes. Judging by the finds found by archaeologists on the banks, the area around it was once inhabited. In the northern part, at the beginning of the last century, a whole settlement was discovered, which is still being explored. 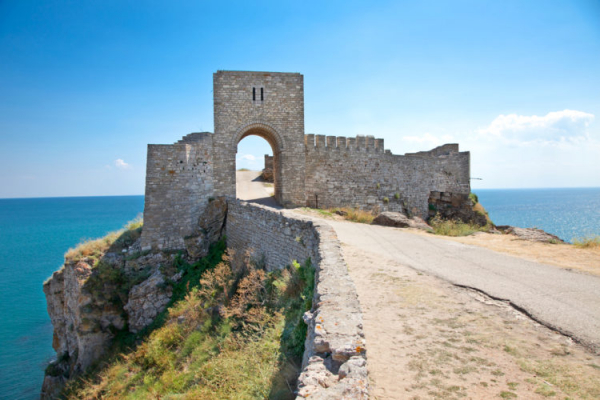 The gate of the medieval fortress Kaliakra

This is a legendary place endowed with fantastic beauty. The rich history and amazing views attract a lot of tourists here. Protruding into the sea for almost 2 km, the cape keeps many interesting objects: the remains of fortress walls, the ruins of historical buildings. There is a small chapel here, in the cave there is a small archaeological museum, a restaurant, a mussel farm. A full inspection of the cape limits the location of the radio technical post of the country's Navy.

The temperature schedule of Varna is similar to the weather in other Black Sea resorts, which means that a sightseeing holiday in the high season can be successfully combined with a beach holiday. Bright impressions to you! Read also about the sights of Nessebar and be inspired to travel further in Bulgaria.