One of the three remaining absolute theocratic monarchies in the world attracts guests from different parts of the globe with an abundance of attractions. Tourists are met with the sights of Saudi Arabia literally at every step – it is important to rationally allocate time, choosing to study those that are well located and interesting for you and your companions (friends, family members, etc.). The country maintains the ancient traditions of the Islamic people, so you should see everything with a guide. We will tell you what to see in Saudi Arabia in 1 day and where to go if the rest is long. You just have to decide on the most attractive of the sights.

What to see first in Saudi Arabia

Whatever sights you choose to see in Saudi Arabia, remember to respect the restrictions on dressing up, drinking alcohol and socializing with local girls. Punishments for violating laws (official and unspoken) are severe, up to deportation and imprisonment. Leaving a hotel in Saudi Arabia without an escort is extremely risky. You should also be careful when choosing a wardrobe – during the tourist season it is very hot here – you will need hats, breathable shoes and sun protection. Buildings and bus stops are air conditioned.

The main sights in Saudi Arabia are historical and cultural sites, but there are also natural wonders that outdoor enthusiasts will delight in. Among the main attractions:

View of the royal clock tower in Mecca

The city of Mecca is the most important city for the followers of Islam, where tens of thousands of people make the Hajj every year. It is located an hour's drive from the Red Sea coast and impresses with an abundance of historical and architectural monuments. If you are not a Muslim, then when planning what to see in Saudi Arabia, Mecca should be excluded from the list. Especially for pilgrims in the vicinity of the city, where Muslims come to pray in the Sacred Mosque, a tent camp has been created. In Mecca itself, ancient buildings are interspersed with ultra-modern complexes, such as Abraj al-Bayt. The underground metro has been operating since 2010. 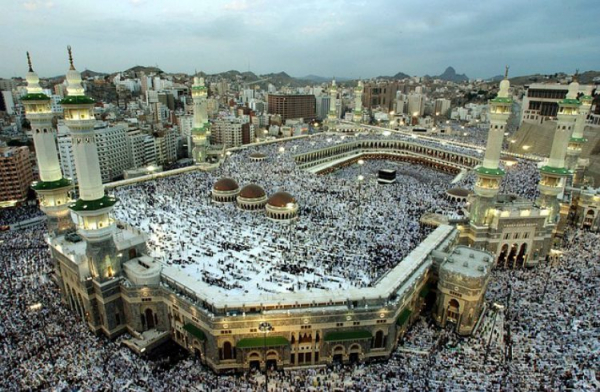 The Al-Haram Mosque, also called the Great Mosque, was built over several centuries, starting from the seventh century AD, becoming world famous due to being inside the main Islamic shrine (Kaaba-Kuba). Covering an area of ​​over 357,000 sq. m, it has more than forty entrances to receive the maximum number of believers. During the big holidays, there is a crush here, so you need to carefully choose when to go to see this attraction in Saudi Arabia. 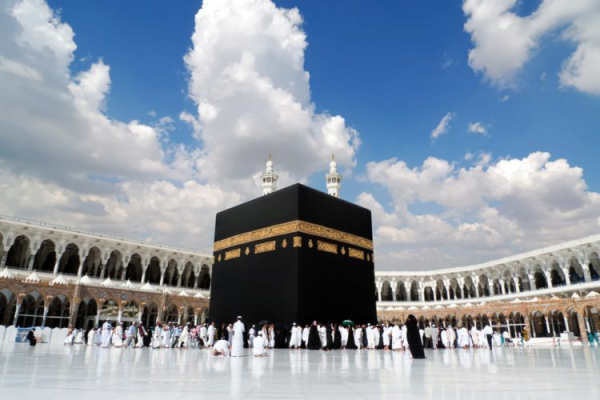 Kaaba – a cube – a unique building in the form of a rectangular black structure about thirteen meters high , towards which Muslims lean during prayer. According to legend, the cube was built by angels who descended from heaven, but then it was subjected to alterations and reconstructions many times. Large-scale restoration work was carried out in the 7th, 17th and 19th centuries.

Masjid al-Nabawi or the Prophet's Mosque in Medina

An-Nabawi Mosque is the second temple in importance for the followers of Islam, the creator of which is considered to be the Great Prophet himself. It is worth seeing this sight of Saudi Arabia for the burial place of Muhammad and the numerous minarets of more than a hundred meters in height. Also, two caliphs of the country are buried here. The mosque is designed for the simultaneous prayer of 600 thousand Muslims, and during the Hajj their number increases to one million. The design feature is an open courtyard in the shape of a rectangle. The principle of construction of the shrine became the basis for the architectural designs of other mosques. Previously, they not only prayed here, but also held court sessions, public meetings, Islamic lessons and solemn events. 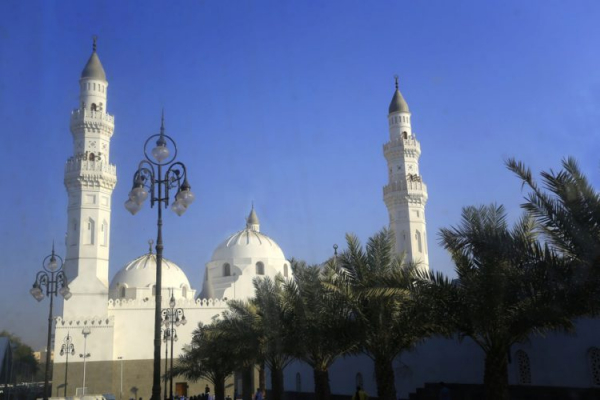 Al Quba Mosque is a universal solution where to go in Saudi Arabia, because any tourist wants to see with his own eyes the most ancient temple built for believers in the Prophet Muhammad. Initially, it was erected at a distance from Medina, but gradually the city expanded, and now the temple is located on its territory. In the twentieth century, a grandiose reconstruction was carried out according to a project proposed by an architect from Egypt. On the site of an ancient building, a huge mosque was erected with a prayer hall, office space, a book depository, residential areas, a place of purification and utility rooms. The building has six domes and four minarets, which can be used to judge the size of the prayer hall. 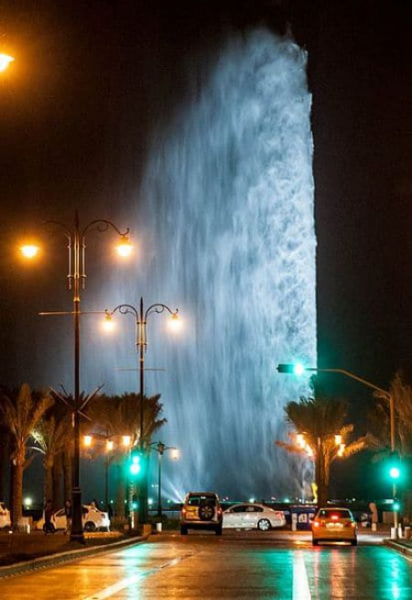 Powerful jet of water from the Fahd Fountain Bassam.salim

The Fahd Fountain is a landmark of Saudi Arabia visited by tens of thousands of foreigners, located in Jeddah and dedicated to the 5th ruler of the state. For uninterrupted operation of the fountain, a powerful pumping mechanism is equipped under it, capable of pumping up to six hundred liters of water in 1 second. The height of the formed jet is 312 meters, and the speed of the flow reaches almost four hundred kilometers per hour. 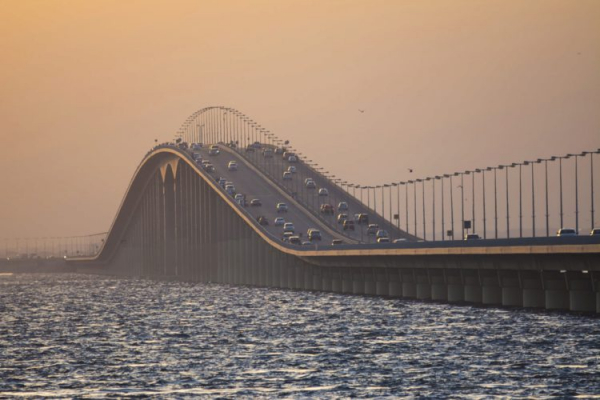 The highest height of the King Fahd Bridge above the water

The King Fahd Bridge is a complex of bridges and dams built for easy travel from the country to neighboring Bahrain and cost the local government over a billion dollars. It took five years (1981-1986) to build the reinforced concrete structure, and the name was chosen in honor of one of the kings. Traffic jams regularly form on the 25-meter-long bridge, and if necessary, it is used to transfer police and military personnel.

Journey to this state filled with mysteries It can be even more exciting if you use the recommendations below for what to see in Saudi Arabia. Our review includes the best attractions according to reviews, so if you have free time, you should include them in your travel itinerary.

Masmak fortress wall with high round towers at the corners

The Masmak Fortress is a fortification complex erected in 1865, which passed to Abdul-Aziz (the first ruler of the country) in the twentieth century and is considered one of the most visited places in the capital. In addition to the preserved ancient buildings, visitors to Riyadh can learn more about the history of the city thanks to museum exhibits, and a mosque is equipped for devout Muslims. 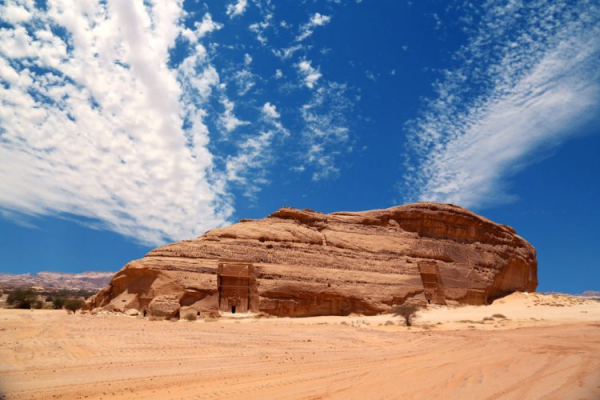 An ancient building on the territory of the Madain Saleh complex

Madain Saleh is a great choice for those who are thinking about what to visit in Saudi Arabia during an extended holiday. On the territory of the complex are the ruins of the most important settlement of Kherga in the first century BC, where merchants from all over the peninsula came. An interesting attraction is the collection in one place of architectural monuments of various peoples: Assyrians, Phoenicians and Egyptians. 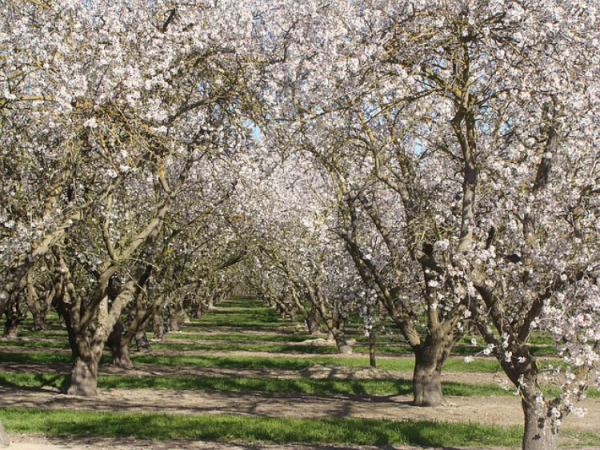 Asir National Park is consistently included in the list of attractions in Saudi Arabia as one of the few areas with preserved flora and fauna. Available entertainment for travelers is walks through the vast territory of the park, during which you can see the rarest animals (including the Nubian ibex and oryx) and plants in their natural habitat, barbecue and picnic areas, play areas for children and athletes. Separate areas are intended for setting up tents, so you can come here for a few days. The reserve has been functioning since the eighties of the last century and is fully funded by the state. 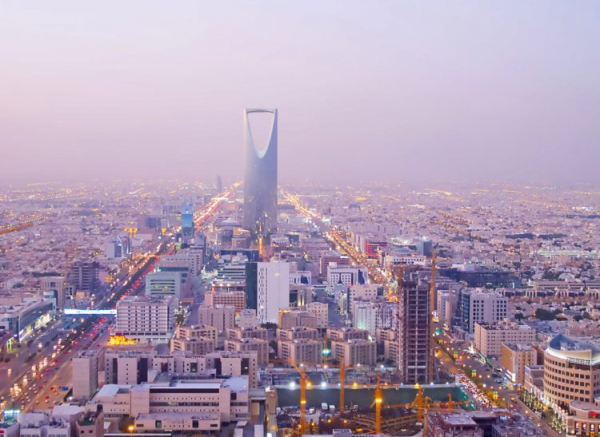 Skyscraper “Kingdom” against the backdrop of low-rise buildings in Riyadh

Skyscraper Burj Al-Mamlaka (Kingdom Center) – built in just three years at the beginning of the 21st century, a huge structure that has become one of the popular attractions of Saudi Arabia. At a height of three hundred meters, tourists can enjoy stunning views of the largest metropolis, filled with modern and ancient buildings. There are 99 floors in total, which gives the right to take 115th place in the list of the tallest buildings on the planet. The main part of the premises is occupied by offices, and at the very top you can see an extraordinary extension in the form of a needle eye. For its design solution, the skyscraper won the nomination of the most original in the world in 2002. 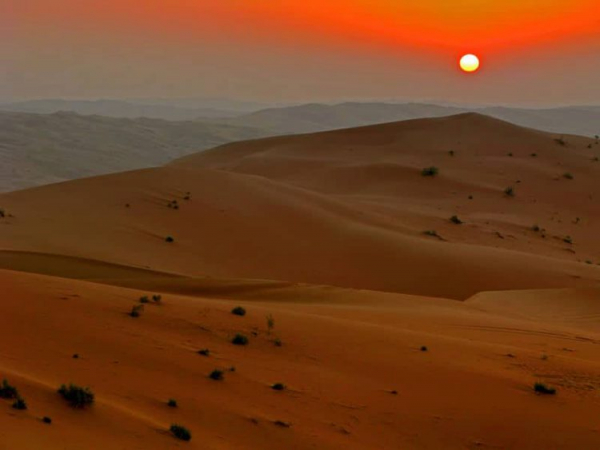 Rub al-Khali Desert – Tourists who are interested in what to see in Saudi Arabia, in order to get closer to the locals, are advised to go to the desert, which leads in terms of temperature and hides the ruins of ancient settlements. In summer, thermometers here consistently show more than +50 degrees Celsius, so such an excursion is not suitable for people who do not tolerate heat well. Among the endless dunes are the oases of Al Ain and Liwa, where green spaces have been preserved and there is water.

With the top attractions in Kuwait at your disposal, it will not be difficult for you to plan a trip that will leave amazing memories behind. If there is no desire to deal with organizational issues on your own and risk violating local traditions, then you can study the photos with descriptions and hire an escort. Guides in Saudi Arabia who speak Russian are quite rare, so it’s better to look in advance. An experienced guide not only knows the main places of interest in the city and its surroundings, but also recommends a good restaurant and souvenir shops with reasonable prices. Read also about the best sights of Kuwait and get inspired for your next trip to the countries of the Persian Gulf!