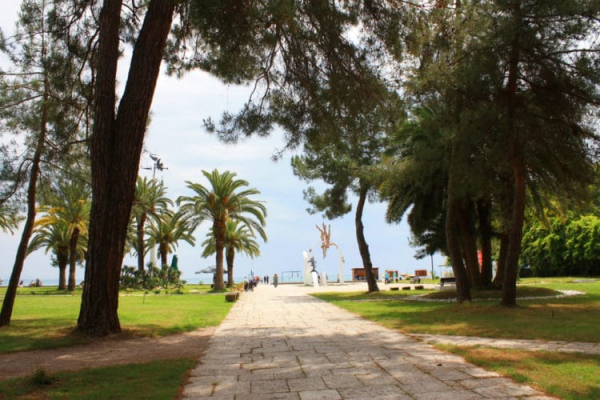 Even if you don't know what to see in Pitsunda, don't postpone your trip to this hospitable city. Our review will tell you about the sights of Pitsunda that every tourist should see.

What to see in Pitsunda first of all

Compiling the rating “the best sights of Pitsunda”, we took into account the reviews of experienced travelers and the recommendations of local guides. In our general opinion, the most interesting places in Pitsunda are as follows: 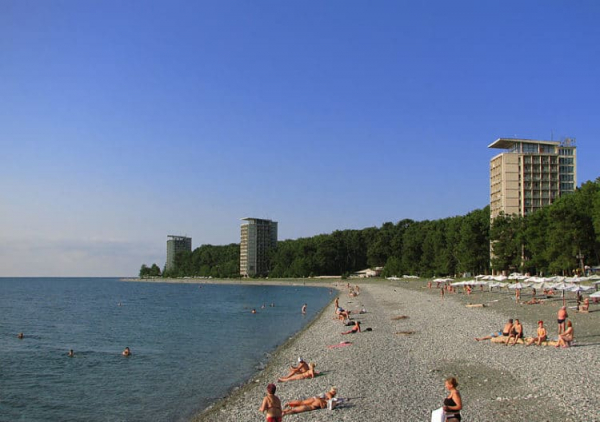 It is the largest and most comfortable beach in the resort. In addition, it is famous for its purest water. The entrance to the water is gentle, the territory is covered with small pebbles. Therefore, the place is recommended for families with children. The entire tourist infrastructure – souvenir shops, fast food cafes, water equipment rentals – is present in full. An excellent option of where to go in Pitsunda if your trip to the city takes place during the hot season. 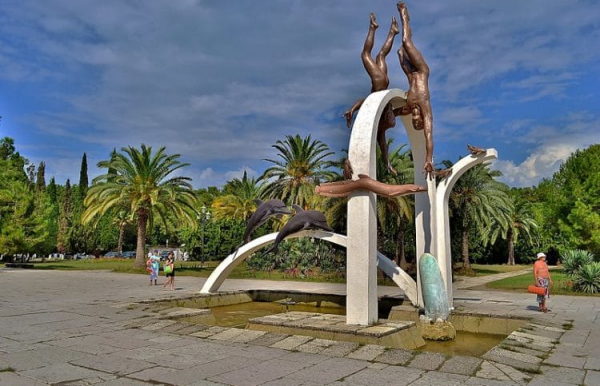 The five-meter embankment is known, among other things, thanks to the statue “Divers”. The height of the sculpture with several arches and figures of marine animals and diving people is three meters. Also on the waterfront there is a cinema, an amusement park. At the height of the season, various holidays and performances by musical groups are held. Guides in Pitsunda advise you to come here at night: the territory is illuminated by many colored lights. 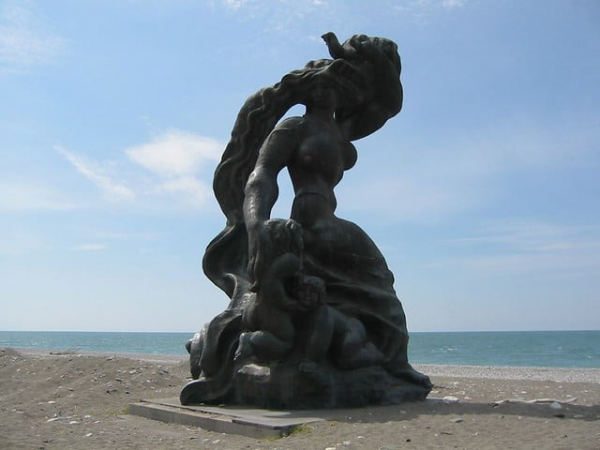 A five-meter bronze statue depicts an angry queen who, in her hatred of Jason, is going to kill their common children. The composition is truly unique. If you approach her, then consider a woman with disproportionate limbs. From a distance, the sculpture looks like a pile of stones. Such original sights of Pitsunda should be visited without fail. 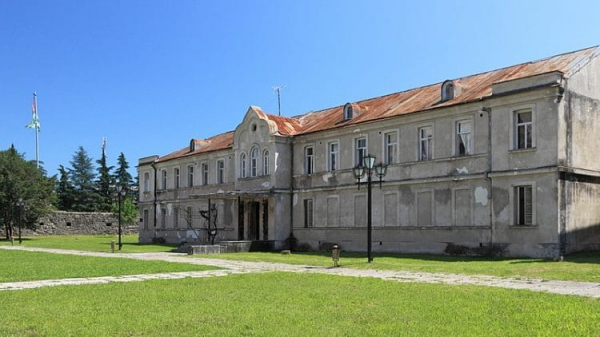 An ancient city that was built by the ancient Greeks. Many years later, it became part of the Abkhaz kingdom, and then Georgia. A representative of each generation in Pitiunt has left its mark. The territory, surrounded by a 1.5-meter stone wall, will invite you to get acquainted with the ancient Christian temple, ancient wells and Roman baths, a castle and barracks for the military. The complex also includes the Historical City Museum, which stores parts of the Cathedral of A. Primordial. One of the best options for what to visit in Pitsunda for curious people. 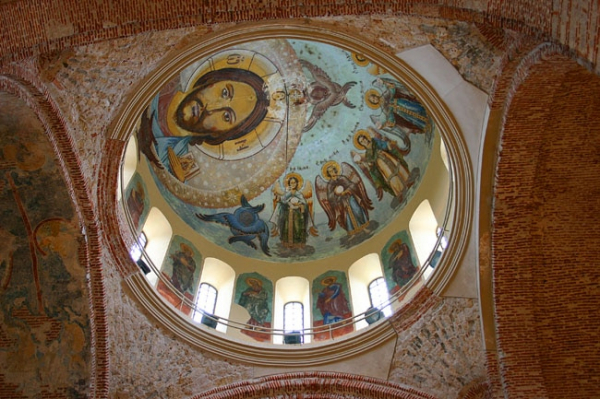 The majestic building is located on the territory of the city of Pitiunt. The construction of the cathedral of stone and brick was carried out in the 10th century. The building is crowned with a cruciform dome, and has a rather original look – in comparison with traditional Orthodox churches. At one time it was a Catholic pulpit. In 1975, a German organ was installed, over 10 meters high. Organ concerts are still regularly given in the cathedral. Over the many years of its existence, the temple has lost its original beauty, elements of interior decoration and frescoes. It has been restored several times. At the moment, inside you can see a tomb with several tombs, frescoes preserved on the altar and the dome of the building. In September, the city hosts a national music festival. Venue – Patriarchal Cathedral.

One of the inhabitants of the Abkhazian National Dolphinarium in Pitsunda

If you are interested in excursions in Pitsunda, which can be visited by the whole family, come to the Dolphinarium. The complex can accommodate up to 400 guests at a time. Fur seals and dolphins take part in the performances, with which you can then swim and take pictures. 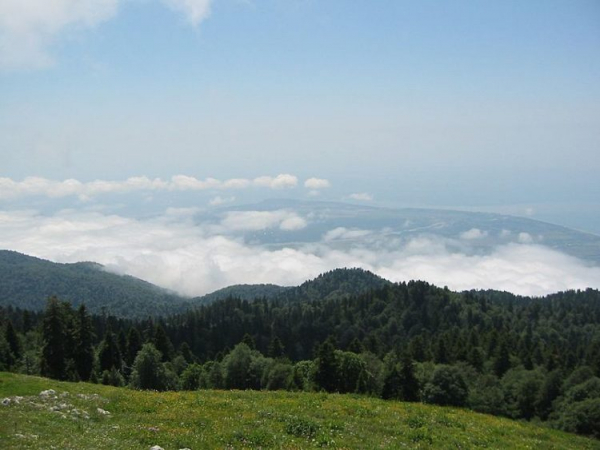 The protected area is located on the peninsula and is known for its diverse and rich flora. A huge part of the territory is covered with relic endemics – ferns, strawberry trees, pines, boxwood. The object is included in all lists of “the best sights of Abkhazia“. 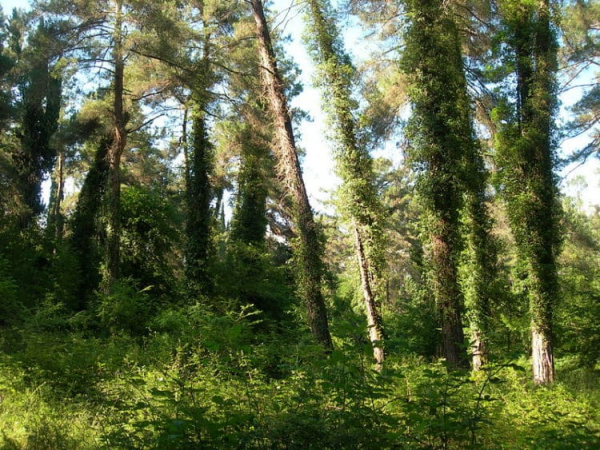 The Pitsunda pine is listed in the Red Book as an old coniferous tree. Scientists believe that in this area it appeared several million years ago. One of the features of this type of pine is unusually long needles – from 12 cm. Warming up in the sun, the trees exude phytoncides that are beneficial to human health and release resin abundantly. Therefore, the air in the grove is healing and conducive to healing. The area of ​​the natural zone is over 200 hectares. Each tree is numbered and protected. Some pine trees are over 200 years old. The oldest tree is 500 years old.

Bamboo grove in the Abkhazian resort village of Pitsunda

The attraction is located near the central beach. According to local residents, this grove is the best place for growing bamboo trees in the state. They are proud of the natural site and organize excursions around its territory. The height of some of the plantings here is about 35 meters. 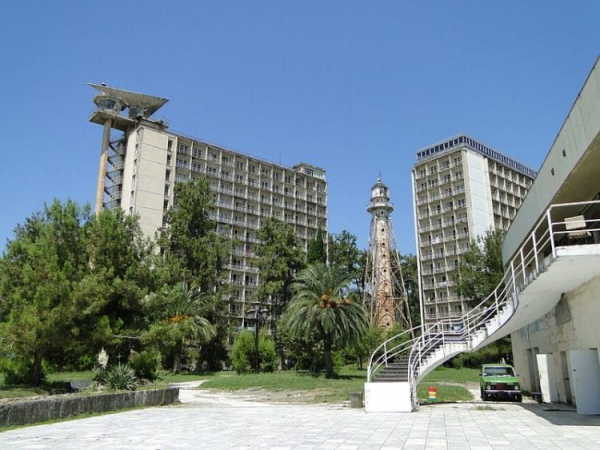 What to see in Pitsunda in 1 day? An old iron lighthouse, erected at the beginning of the last century. The purpose of the design is traditional – to show the way to sailors. Now the tower building is closed, and is one of the tourist attractions.

We told you briefly about the main attractions of Pitsunda. If after visiting them you have free time, take it to visit such objects as: 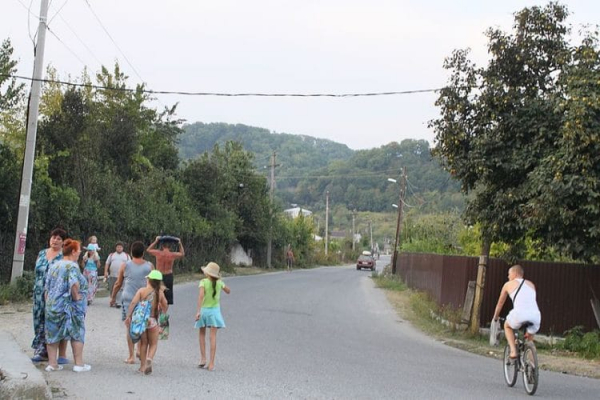 Located in a suburban area, and is a great place for walking. The plant itself has been closed for many years. You can visit comfortable and clean beaches, admire the mountains of Abkhazia. The area is not crowded and calm. 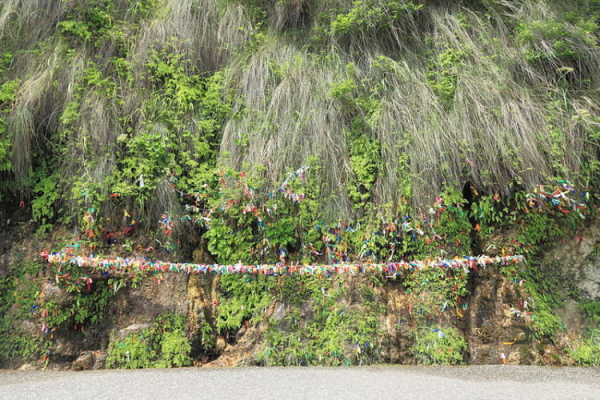 The waterfall is located on the way to Lake Ritsa and is one of the most beautiful in the whole country. Local waters have to overcome limestone cliffs and pass through high mountain meadows. Thanks to this, they become truly fresh and pure. The name of the attraction was given by a sad legend. According to it, the young girl Amra, who lived near the Bzybi River and was in love with a young man named Akhra, was killed by an evil mermaid. The waters of the waterfall are the tears of Amra. 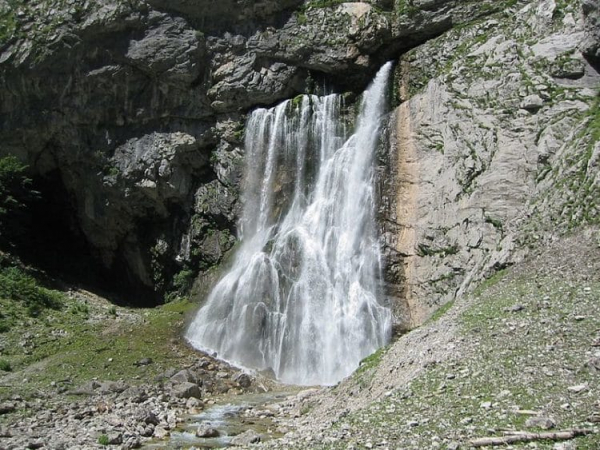 You can visit the waterfall, also moving towards the Ritsa. The distance between these natural attractions is five kilometers. The road is narrow and beaten, however, the area is colorful and picturesque. You will be able to take great photos along the way. The icy waters of the Gegsky waterfall fall from a great height, and, sparkling in the sun's rays, form a beautiful rainbow. On the territory there are several cafes and an observation deck from which you can see all the beauty of nature. Entrance to the observation deck is paid, but the price does not exceed 50 rubles per person. 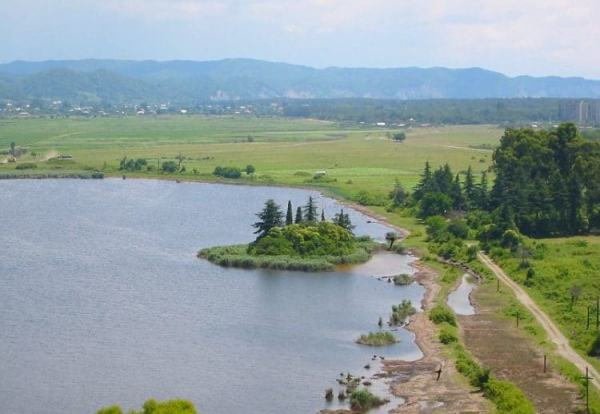 The depth of the relic lake is no more than three meters, the area is also small. The reservoir, which has a rich history, appeared many thousands of years ago. According to scholars-researchers, even in the 4th century ships of the commander of Macedon sailed on it. 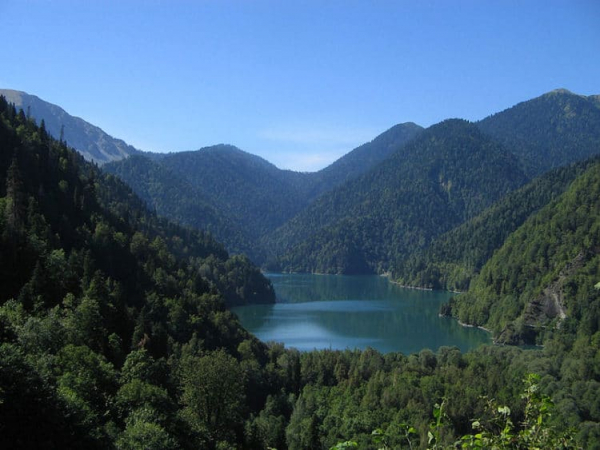 The path to the lake lies between huge rocks, along the valley. At the foot of the hills, you can see the remains of a fortification and the ancient village of Bzyb. And also look at the Ha-san-Abaa tower, created back in the 7th century, and the Himalayan cedars. In addition to Ritsa, the area is known for another unique lake – Blue (the name was given by the similar color of the waters). Being on Lake Ritsa, you can take a fascinating walk among the ancient trees, or have a meal in a cafe overlooking the pond and colorful mountains, and buy memorable souvenirs. There are several Stalinist dachas on the territory of Abkhazia. One of them is located on Lake Ritsa. The architectural style of the building is laconic, without any pomposity, which distinguishes some hotels in Pitsunda. The cottage is hidden in thickets of greenery. The complex includes a one-story house with four rooms, a pier and a helicopter parking lot. By the way, the Commander-in-Chief himself visited this dacha no more than five times.

We hope that you will be able to personally see those sights of Pitsunda, the photos with names and descriptions of which we have selected.