Motor rally “PROstranstviye-2022”. Testing the road to the south

On October 26, 2022, the PROstranstvenie motor rally will start from Moscow, organized by the Eurasian Commonwealth of Travel Industry Specialists – ESOT Union together with the Rosa Khutor mountain resort. The rally will run along the route Moscow – Voronezh – Rostov-on-Don – Krasnodar – Sochi and will end on November 1 at Rosa Khutor.

PROspace 2022 motor rally. Testing the road to the south

Among the rally participants are representatives of organizers and partners, journalists and bloggers.  The mileage car was CHERY TIGGO 8 PRO MAX.

The main goal of the “PROspace” rally is is testing the possibilities of traveling by car to the Russian South. During the trip, the rally participants plan to test all the possibilities of roadside services and the comfort of the infrastructure, evaluate the work of business and authorities in this area in each region along the route, study the sights and their accessibility for road travelers.

Marketing Director of the mountain resort “Rosa Khutor” Dmitry Barashkov noted: “According to sociological research, about a third of Russians prefer to travel around the country by car. Moreover, as a rule, this option is chosen by representatives of the economically active part of society. This is not surprising, because autotravel allows you to independently develop a route, move in your own comfortable mode and minimize costs. Our participation in the popularization of car tourism lies in the desire to show its advantages and share life hacks. Motor rally along the route Moscow – “Rosa Khutor” should demonstrate that such a trip can be an impressive journey, a great opportunity to get to know your country better, see the sights of such historically rich cities as Voronezh, Rostov-on-Don and Krasnodar. At Rosa Khutor there is all the necessary infrastructure for auto travelers. Staying at our resort, you can also explore in detail its surroundings and the entire region of the Black Sea Mountains».

See also  Tours abroad from Siberia have risen in price

“The task of the motor rally is to promote autotourism as a promising type of recreation in Russia,” emphasizes the vice-president of the ESOT, co-organizer of the “PROspace” motor rally. Viktor Kovalenko. – Its detailed coverage in the federal and local media will help show potential autotourists that a trip by car to a vacation spot can be part of a vacation in itself and bring positive impressions and emotions.

In each city, the rally team, journalists and bloggers will meet with local authorities not only to discuss the wishes in the field of developing the tourist attractiveness of each region, but of the entire destination as a whole.

“Agreements will be signed between the organizers of the run and regional authorities to coordinate actions to attract tourist flow to the highway zone of the Avtodor State Company, the tourism development of the regions, as well as to ensure quality service and implement joint projects in the field of tourism,” Director of the Marketing Department , sales and development of client services LLC Avtodor – Toll Roads» Olesya Ishkaeva. – With the help of regional administrations, the DriveTravel project for car travelers will be filled with new routes. Russia – this is a whole world full of a wide variety of cultures, nationalities and traditions, which you can easily, quickly and safely learn about by setting off on a journey along high-speed modern roads».

Auto Rally «PROspace-2022» will contribute to the growth of recognition of tourist locations in the Voronezh, Rostov regions and the Krasnodar Territory and increase the growth of tourists who want to stay in the region for several days.

See also  In Miami, the legendary hotel Deauville Beach Resort was blown up 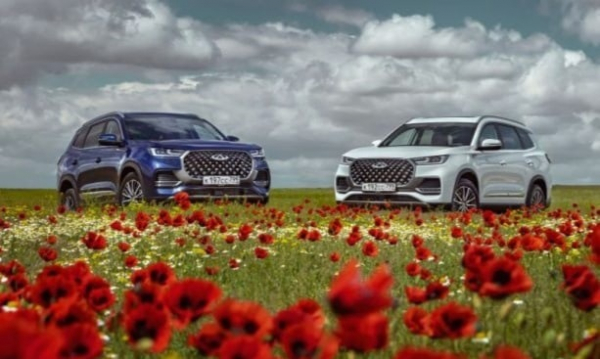 In the portfolio of implemented projects of the organizers – Eurasian Commonwealth of Travel Industry Specialists – ESOT – rally in honor of the 60th anniversary of the flight of Yu.A. Gagarin in space “Terrestrial roads of Russian space”, which took place on April 5-12, 2021 on the route Moscow – Gagarin, Smolensk region – Kaluga – Novoselovo, Vladimir region – With. Shorshely, Republic of Chuvashia – Samara – Saratov.

Year-round mountain resort “Rosa Khutor” — one of the leaders in the tourism industry in Russia, the largest Olympic facility of the XXII Olympic and XI Paralympic Winter Games 2014 in Sochi. In winter, ski slopes with a total length of 105 kilometers, 32 lifts are at the service of vacationers. In summer, hiking (about 110 km of mountain hiking trails) and cycling routes along the picturesque mountain slopes are in active demand. The resort has 19 hotels of different star ratings. The resort is distinguished by high standards of service and safety, as well as advanced technologies. Starting from 2013, Rosa Khutor is recognized as the best ski resort in Russia according to the World Ski Awards. In 2021, the resort once again received guest recognition – the high Traveler's Choice award from the popular TripAdviser service. Thus “Rosa Khutor” ranks among the best attractions in the world, hosting about two million people in all seasons.