In New York, a tourist checked in a suitcase with a live cat 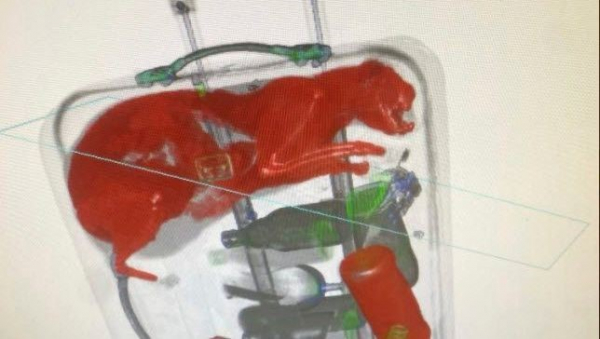 In New York, a tourist checked in a suitcase with a live cat

At New York Airport. J.F. Kennedy, the US Transportation Security Administration (TSA) made an unusual discovery.

On November 16, one of the passengers flying to Orlando, Florida, checked in his suitcase and went to boarding. The bag went through the tape for inspection. Experts saw on the scanner among the bottles, wine glasses and slippers something that looked like a cat.

As TSA spokeswoman Lisa Farbstein said, employees were shocked by the find. They are already calling it “historic”.

It really was a cat. The animal appeared to be in good health and did not suffer during the time it was in the bag.

The owner of the suitcase stated that he did not know about the “pig in a poke”. According to him, this is a pet of his children, who, apparently, climbed into the bag before leaving, and was not noticed. They decided not to punish the man in any way.

See the continuation and photo on AllDaily