In Miami, the legendary hotel Deauville Beach Resort was blown up 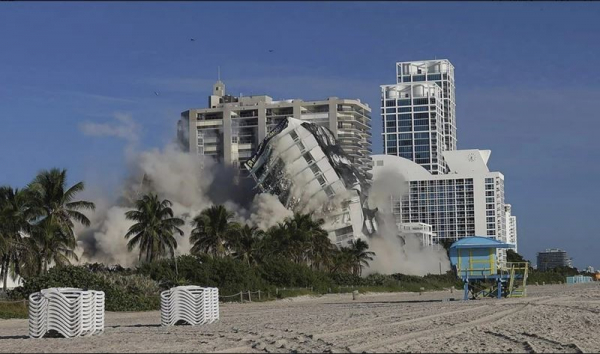 In Miami the legendary Deauville Beach Resort was blown up

The legendary Deauville Beach Resort was demolished in the US state of Florida. It was located in the famous resort of Miami Beach.

The 17-storey hotel by the sea was built back in 1957. Then the rapid development of Miami as a resort was just beginning. Then Deauville Beach Resort was one of the local gems.

Over the years, President John F. Kennedy, singer Frank Sinatra, musicians of The Beatles stayed there.

Over the years, the building became more and more outdated and came into disrepair. All around, like mushrooms, new modern five-star premium hotels grew.

Five years ago, the building was declared unsafe. Then Hurricane Irma hit Florida, causing serious damage to many buildings. A major fire broke out in the Deauville Beach Resort, putting an end to its future.