In Georgia, Kazakh tourists were kicked out of the minibus for the phrase “Glory to Russia!”

“Don't you dare say that in Georgia!” – shouted one of the passengers 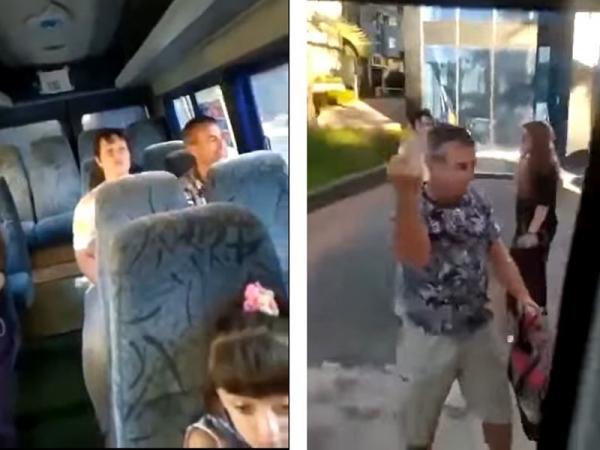 In Georgia, Kazakh tourists were kicked out of a minibus for the phrase “Glory to Russia!”

A video is circulating on the Internet of how tourists from Kazakhstan who spoke Russian were driven out of a minibus in Georgia.

During the trip, a couple of travelers got into an argument with local residents and inadvertently uttered the slogan “Glory to Russia!”.

These words blew up fellow travelers. They demanded that the tourists immediately leave the minibus and leave for the Russian Federation, because. they are “needed neither in Europe, nor in the USA, and even more so in Georgia.”

The couple replied that they were not from Russia at all, but from Kazakhstan. The answer to this was no less harsh.

“I told you: don’t dare to speak like that in Georgia, don’t dare! If you dare, then go either to Kazakhstan or to Russia. This is not the place for that. Come out now! Get up, get out of here, damned invaders! – one of the Georgian women shouted in hysterics in Russian.

As a result, the couple left the bus, exchanging several Russian obscene phrases with the remaining passengers.

Watch the video in our Yandex .Zen