“Greetings from the depths!” In the Kuril Islands, whales began to greet tourists

The whale dived, twirled and showed his back 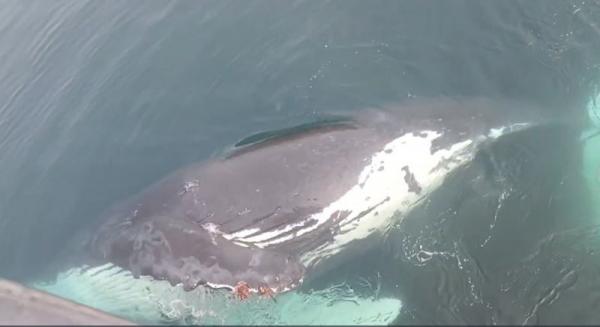 “Greetings from the depths!” In the Kuriles, whales began to greet tourists

Large whales began to approach tourists and even greet them in waters near the Kuril Islands.

Recently, tourists saw a whole group of humpback whales in the Second Kuril Strait, not far from the northern Kuril ridge. Then the humpback whale appeared to the travelers near Paramushir Island. They managed to make amazing shots of the giant against the backdrop of the mountains.

Just yesterday, fishermen in the southern Kuriles came into almost tactile contact with a humpback whale. Near the island of Iturup, he swam up to their boat, turned on his side and “waved” people with a fin.

The whale dived, twisted and showed its back, as if rejoicing. But experienced fishermen quickly rolled up their fishing rods so as not to irritate the animal. Keith "thanks" them, sailing away and shooting up a huge fountain of water sparkling in the sun.

See also  Beautiful China through the eyes of Russian children