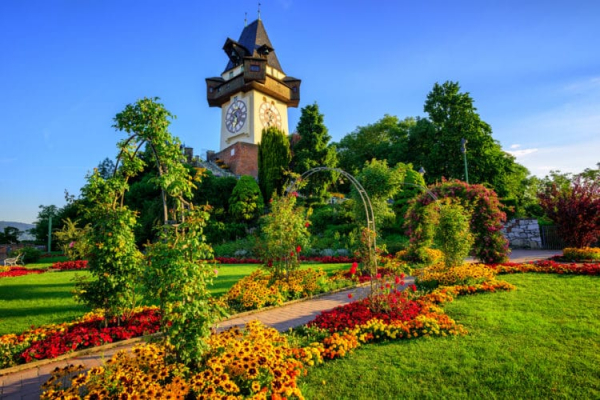 After reading our review, you will find out what every tourist should see in Graz. We will provide you with detailed recommendations, taking into account the feedback of experienced guides and the Austrians themselves. Our ranking of the “most popular sights in Graz” will allow you to make an unforgettable trip to one of the most hospitable cities in Austria.

What is the first thing to see in Graz?

If you want your the trip was really exciting and informative, book the following excursions in Graz: 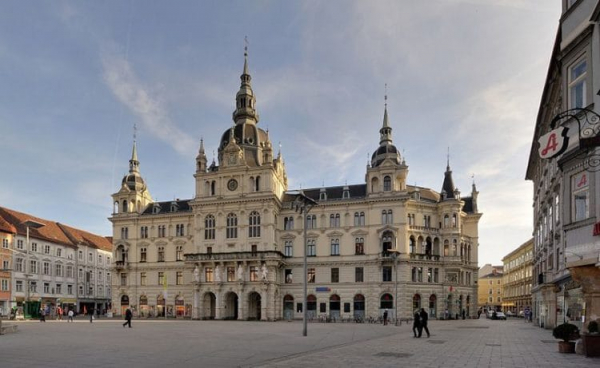 Like many other sights of Graz, this one has been towering on the central square of the city for many years. The municipality building was made in the style of classicism at the beginning of the 19th century. We also recommend visiting the town hall, taking into account its convenient location for travelers: in the central square there are numerous stalls with local delicacies and memorable souvenirs, fairs and folk celebrations are held, there are important objects of history and culture.

​​A complex of various architectural masterpieces built in the same Renaissance style and reminiscent of the Palazzo Florence. It consists of several large buildings with Tuscan galleries and courtyards. The largest courtyard is now used for performances, concerts and receptions of dignitaries. Guides in Graz certainly advise visiting such objects. 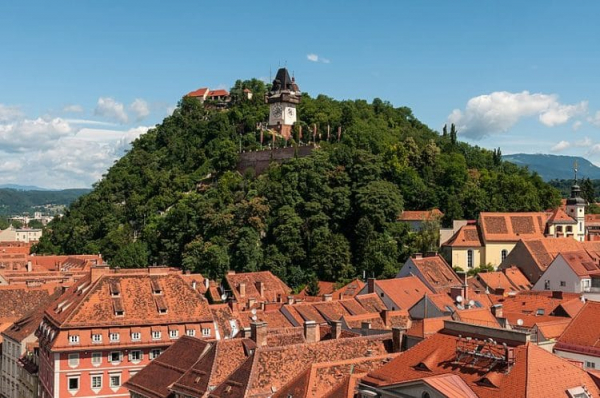 The palace rises above the city and is located on top of a hill. Let's say right away that, like many other sights of Austria, the castle is almost completely destroyed. Now only ruins remain of it. Guests are invited to view the surviving buildings and a beautiful park with a huge number of well-groomed flower beds, a fountain and gazebos. There is a cafe on the territory, from the terrace of which you can see the whole of Graz with its lush greenery, modern art objects and ancient buildings. A pleasant addition to relaxing and enjoying panoramic views of the city are the sounds of the flowing turbulent river Mur. 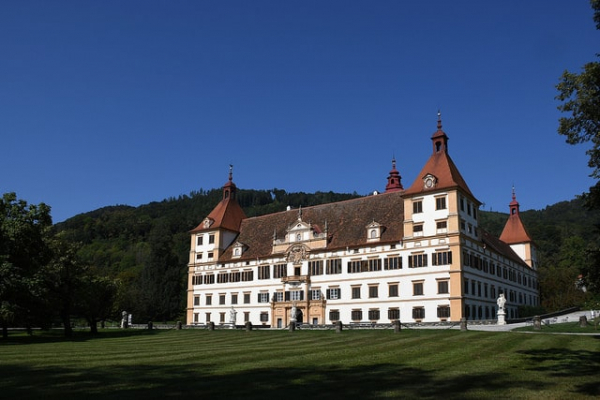 One of the most beautiful city palaces, with a truly elegant and aristocratic look. The date of construction is 1635. The castle can be viewed not only from the outside, but also from the inside. Luxurious interiors include numerous canvases (there are currently over 600 paintings), unique furnishings and zodiac signs on the ceiling and walls. The creator of the building was the famous architect D. de Pomisa, known for his passion for astronomy and the stars. If you do not know what to see in Graz in 1 day, but are interested in art, history and architecture at the same time, book an excursion to the Eggenberg Palace and you will not be disappointed.

The remains of a previously powerful defensive fortress are located within the city. Gösting was built as a strategically important object as early as the 11th century. In the 18th century, its walls were completely destroyed by a direct lightning strike on the powder store. An explosion of great power left only the ruins and the chapel of St. Anna.

Check out the beautiful places of Graz in this wonderful video!

The current neo-baroque opera building was built near the Grazky Park in the 19th and 20th centuries. Since the 17th century, theatrical performances have been given in the carriage house of the Habsburg family. In the city's first opera house, one could listen to Mozart himself. The modern opera is the best option for art and culture lovers in Graz. 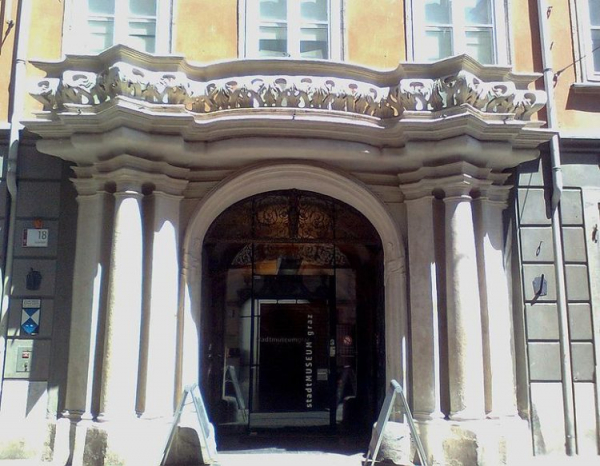 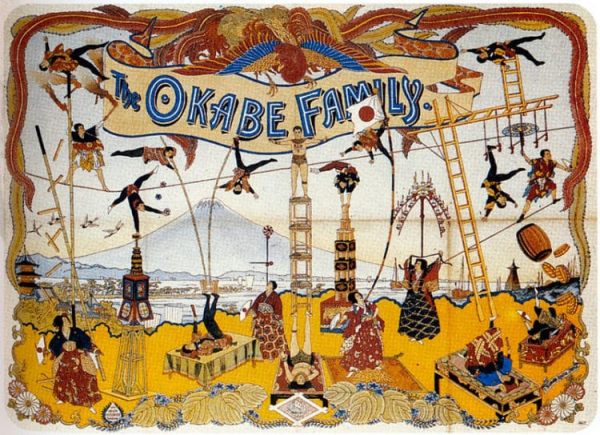 The museum complex is located in the ancient Künberg Palace in the central part of the city. Before the castle was in the possession of Franz Ferdinand. The exhibits demonstrate various stages of the history and life of Graz, tell how its culture and economy developed.

Robot in front of the A. Schwarzenegger Museum Clemens Stockner

Just like, for example, the Museum of Modern Art in Graz, this complex is quite unusual. Its expositions are dedicated to the famous actor, bodybuilder and California politician-governor Schwarzenegger. Arnold was born in the village of Thal, located near Graz. The museum is located in the building where Schwarzenegger used to live (while he began to achieve success in his sports career). Exhibition exhibits – a statue of the Terminator made of bronze, a photo of a celebrity, various interior items that once belonged to a movie star. Even if you are not a fan of Arnold Schwarzenegger, you should not leave such interesting places of Graz without attention.

The opening date of the contemporary art gallery is 2003. The building has an unusual and memorable design: for example, its roof is reminiscent of an alien ship or an exotic luminous fish. In the gallery you can view samples of permanent and temporary exhibitions. It doesn't matter if you come to Graz in winter or summer for shopping or a sightseeing holiday, be sure to take the time to explore the Kunsthaus. 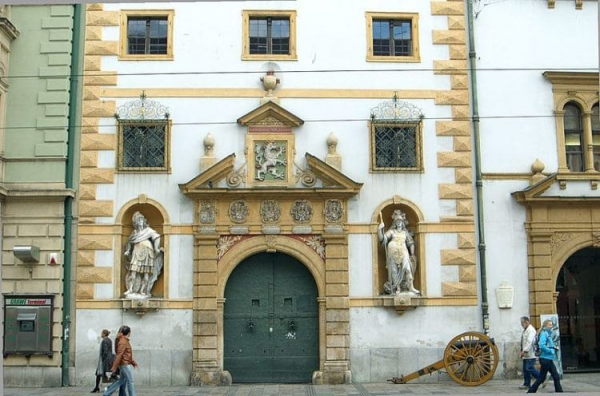 The object is included in all lists of “the best sights of Graz”, and is a Baroque mansion built in 1642. In the 16th century, the Graz arsenal managed to equip more than 15,000 soldiers to protect the city from the attacks of the Turks. The current expositions of the armory are valuable and rich, they contain over 30,000 pieces of armor and weapons from different eras. 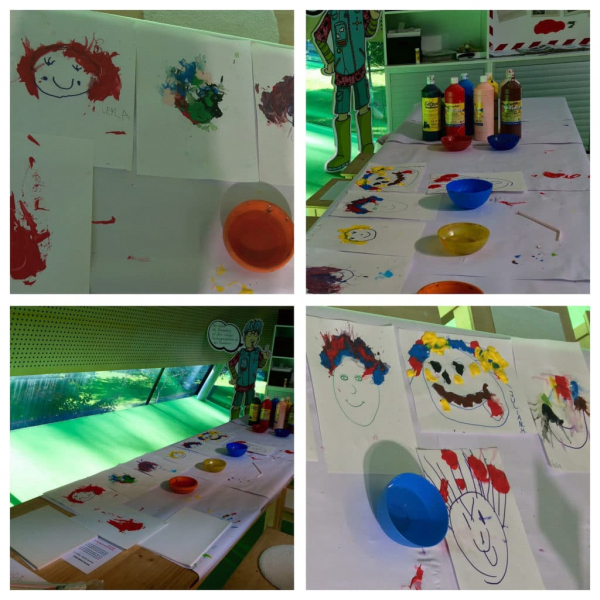 What to visit in Graz with the whole family? This unusual children's museum center, in which young and adult visitors are told about the unusual and versatility, diversity of the world. The museum has a surprisingly cozy and homely atmosphere, conducive to experimentation and creativity. Theatrical performances are regularly given and all kinds of exhibitions are organized. The center has a medical laboratory dedicated to the characteristics of the human body. Guests can build their own and study other people's anatomical models, engage in scientific research. 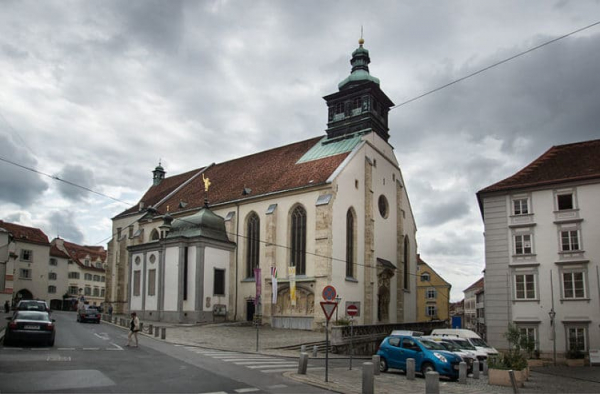 St. Egidius Cathedral – a historical and architectural monument of the city of Graz Pedro J Pacheco 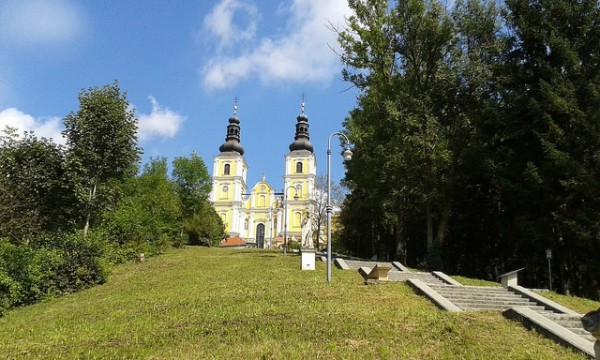 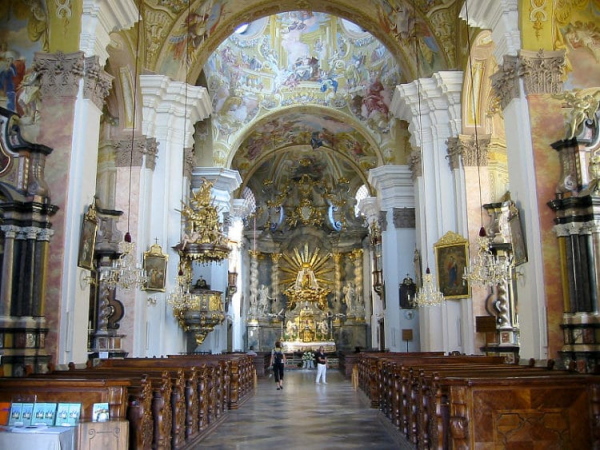 The magnificent interior decoration of the Church of Mariatrost in Graz E.mil.mil (talk)

The sanctuary rises on a hill. It is a key pilgrimage center for the entire country. The temple was built in the late Baroque style in the 18th century. The front part is the portal of the main entrance and several symmetrical towers, 60 meters high. Of particular interest is the rich interior decoration of the building, also created in the Baroque direction. Even the best hotels in Graz cannot boast such expensive and stylish interiors. 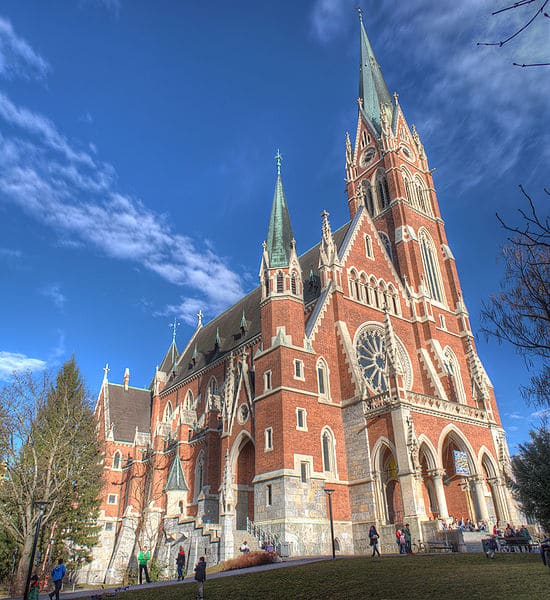 The largest Catholic church in the city and the third largest in the state, built in the 18th century. The building is made in the late Gothic style, and stands out for its chic figured stained-glass windows and the central nave reaching upwards. 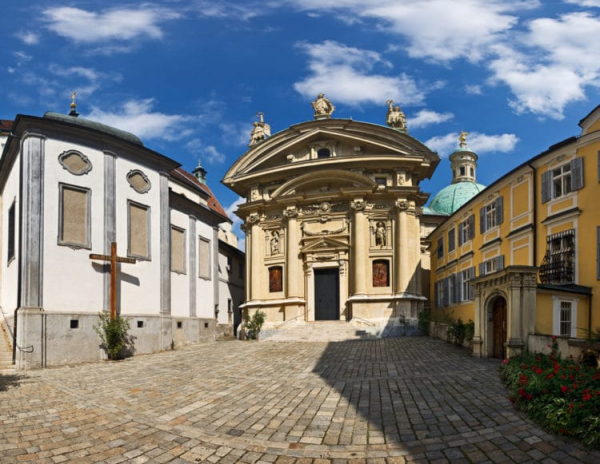 17th century tomb belonging to members of the Habsburg family. The crypt was built on the territory of the religious complex. D. de Pomis worked on the creation of the project, in connection with which elements of the architecture of Florence are visible in the building. The mausoleum contains the ashes of Mary of Bavaria and her son-emperor.

Graz attractions: what else to visit in Graz?

We have briefly told you about the main attractions of Graz, and we hope that you will include them in your own excursion itinerary. However, the city of Graz is famous not only for the listed objects, but also for such cultural and architectural masterpieces as: 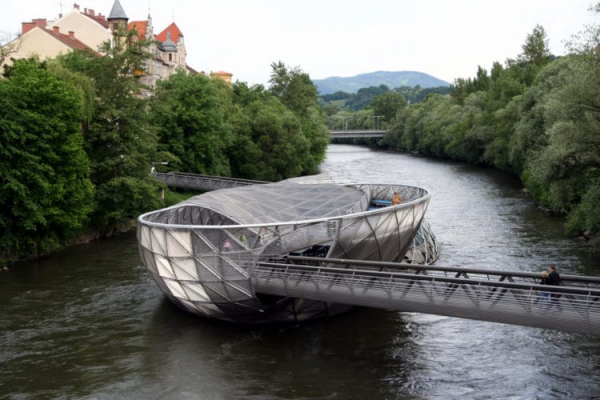 Not the most common name was given to an entertainment center that opened on the Mur River. The shape of the building is also non-standard: in its appearance and even in its interiors, Murinsel is similar to a sea shell resting on the platform supports. Why should you visit this attraction? Because inside there is an excellent “underwater” cafe and an amphitheater. The children have their own entertainment corner called “Island of Adventures”. If possible, go to Murinsel on the days when art exhibitions are held there. Also note that the number of guests (due to the rather compact size of the center) is always limited. 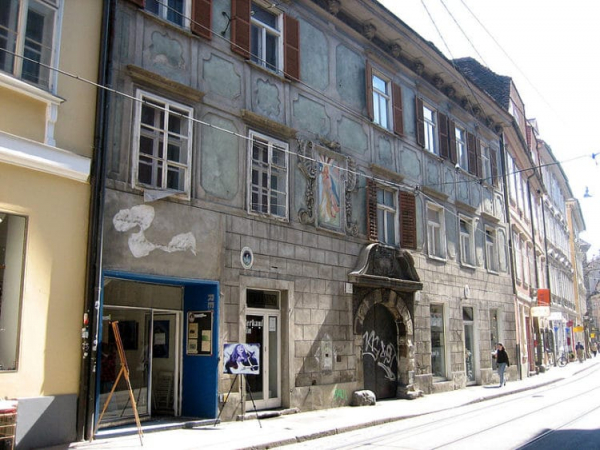 House on Sackstrasse or ” mile of art” with art workshops E.mil.mil

Locals call this alley the “Mile of Art”, as art cafes, exhibition studios and art galleries, workshops of arts and crafts meet along its entire length. In addition, there are shops and boutiques on Sackstrasse, often offering truly valuable antiques and beautiful jewelry. If you get the chance, take a walk down the street on Christmas Eve: all the buildings and trees will be richly decorated with various decorations. 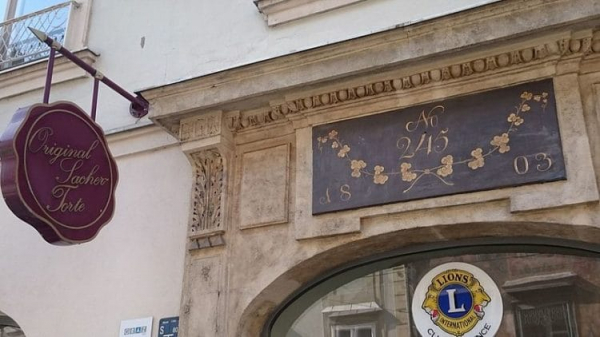 The cafe, opened in the hotel of the same name, can be called a full-fledged Austrian landmark, since it is here that the real Sacher cake dessert is served, prepared according to the original old recipe. Keep in mind that there are always a lot of visitors here: often there are long queues before entering. The cafe has a souvenir shop that sells carefully packed pieces of dessert cake (often exported from the city and even the country, due to the fact that special packaging keeps the product fresh for a long time), as well as branded dishes, branded chocolate sauces and many other interesting products . While in Graz, you can also order delivery from Sacher to your hotel. 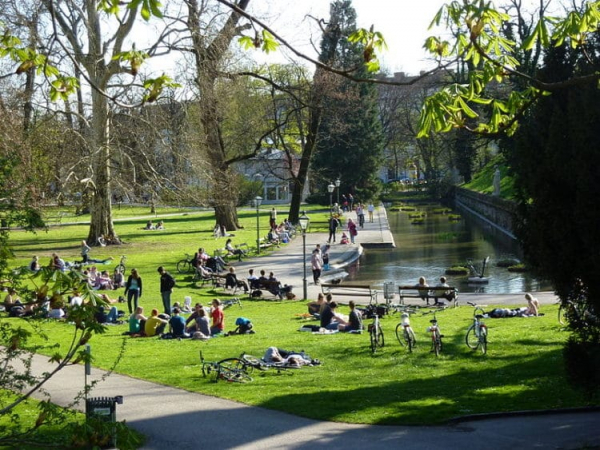 A traditional and popular place of entertainment and recreation for locals and tourists. The park complex in a colorful English style was equipped by order of the city authorities to replace the military territory in the 19th century. In addition to green plantings, there are a large number of historically important monuments and sculptural compositions.

Those sights of Graz, the photos with the names and descriptions of which we have now listed, are the most visited and popular in the city. We are sure that a visit to them will be of interest to every inquisitive traveler. Read also about the best sights of Vienna and get inspired for your further journey through Austria.