Fearless tourism. 4,000 Jews arrived in Ukraine despite the ban

The city of Uman is located between Kyiv and Odessa 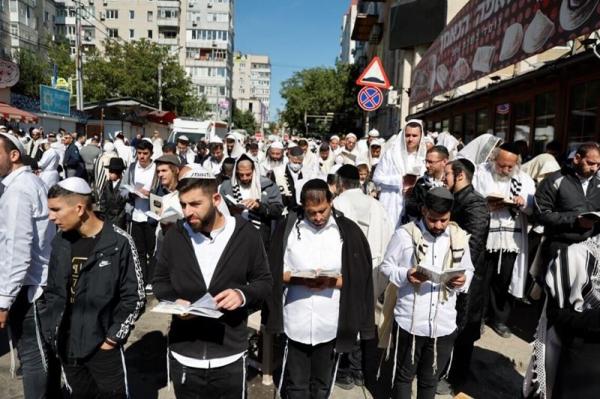 Fearless tourism. 4,000 Jews arrived in Ukraine despite the ban

More than 4,000 Hasidim (a movement in Judaism) arrived in the city of Uman, Cherkassy region of Ukraine, to celebrate the Jewish New Year Rosh Hashanah there (in 2022 it will be September 25-27).

The fact is that all Jews who profess the popular Bratslav movement of Hasidism are obliged at least once in your life to visit the grave of the holy Rabbi Nachman of Bratslav (1772-1810). He rests in Uman. It is believed that if you celebrate the New Year there, then next year there will be a lot of happiness.

This year, because of the conflict in Ukraine, the country's authorities warned the Hasidim several times not to go to Uman. The city is located between Kyiv and Odessa – just in the area that is often subjected to air strikes.

However, the Hasidim arrived, despite all the excuses. As reported in the Ukrainian United Jewish Community, Hasidim “go to Ukraine from different parts of the world despite the war, demonstrating faith in the Armed Forces of Ukraine.”

See the continuation and photos on Yandex.Zen