A car caught fire and exploded on Kocamustafa Pasha Street 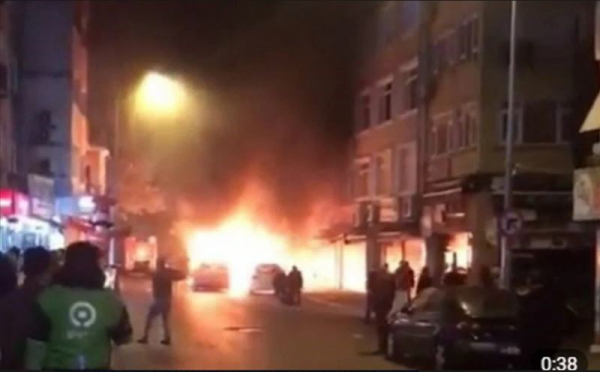 A series of explosions have taken place in the tourist area of ​​Fatih on the European side of Istanbul. This happened a couple of days after the terrorist attack on Istiklal Street, popular among tourists.

On Wednesday evening, a car caught fire and exploded on Kojamustafa Pasha Street. The fire spread to four other vehicles, which also detonated and burned to the ground.

Firefighters quickly arrived at the scene of the incident and quickly extinguished the fire. Pedestrians managed to leave the scene of the emergency. Therefore, as a result of the explosions, there are no dead or injured.

Fatih is one of the central districts of Istanbul, where there are always thousands of tourists. A few kilometers from Kojamustafa Pasha Street is Sultanahmet Square and the main attractions of the city: the Blue Mosque and Hagia Sophia.

Authorities do not yet believe that the explosions in the Fatih area are in any way connected with the Istiklal attack. The owner of the car that caught fire first had already come to the police himself and reported that the car was technically out of order.