Exhibition “Game of beads” in the museum-estate “Ostafyevo” – “Russian Parnassus” 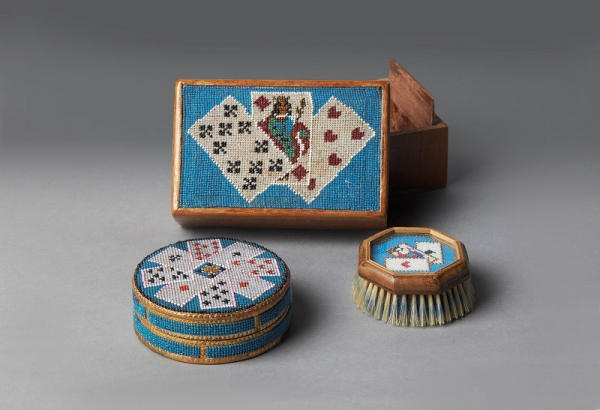 In the exposition, located on the historical “women's quarter” ceremonial halls of the estate “Ostafyevo” will feature works from the heyday of beaded needlework – ranging from tiny cases for thimble and chalk to chibouks, candlesticks and magnificent panels in furniture decoration. The main exhibit of the exhibition — ladies' work table from the 1820s-1830s, topped with intricate beadwork depicting birds.

Beaded needlework, as a kind of arts and crafts, is a small form created by glassblowers and the hands of skilled craftswomen. During the heyday of the passion for beads, at the end of the 18th — In the first half of the 19th century, all kinds of interior decoration items were created from the smallest beads, fashion accessories and costume elements were made, and paintings were embroidered. Beadwork was made using different techniques: embroidery, knitting, weaving, threading, weaving and wax mosaic.

The diversity of bead art in Russia, represented by a collection of items from the collection of the State Museum Reserve “Ostankino and Kuskovo”, is complemented by pieces of furniture and furnishings from the collection of the Museum-Estate “Ostafyevo-“Russian Parnassus”. Among the most interesting — mirror «Psyche» first third of the 19th century in a mahogany frame — this is a special mirror, fixed between the racks on hinges, which allows you to change the angle of inclination and see yourself from different angles.
The name arose by association with the ancient image of Psyche – in Greek for soul.

See also  St. Petersburg in February: winter in the cultural capital of Russia

Of particular interest is the linen closet of the 1840s made of ash, which, according to the memoirs of Vasily Pavlovich Sheremetev, was in the guest room of the estate. In the 1840s, Mikhail Pogodin visited Ostafyevo; in 1849 – Nikolai Gogol visited with Pogodin. They stayed in the guest rooms of the estate, in one of which this closet stood. Also in the exhibition you can see a folding table for needlework with a metal rod for spools, with eyelets for scissors, knitting needles, a narrow path with embroidery samples and a bag for needlework accessories. The exposition is complemented by a sofa and twin armchairs made of mahogany of the 19th century and a memorial three-leaf screen.

The furnishings and objects of the exhibition immerse you in the atmosphere of an old Russian estate, in the cozy world of pastime of its inhabitants, of which needlework was an integral part. 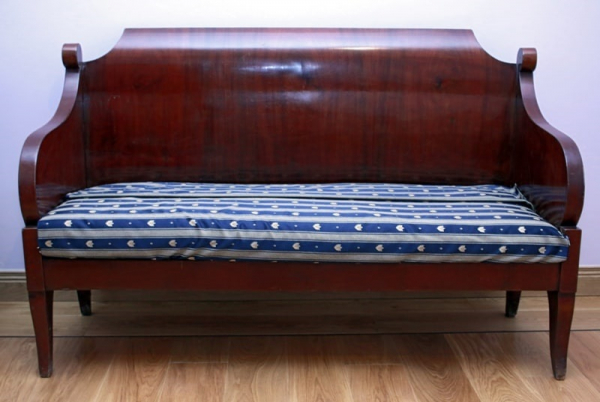