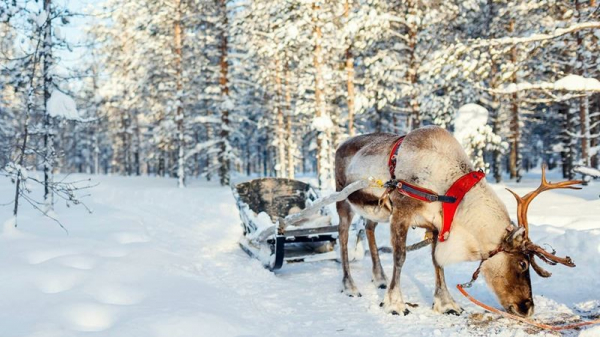 This year because of the conflict in Ukraine and the confrontation between the authorities of the Russian Federation and the West, many familiar holiday destinations were closed to Russians, primarily in Europe. Therefore, many went on vacation in their native country.

Karelia has been one of the most popular destinations for many years. Travelers come here en masse not only from nearby St. Petersburg, but also from other regions of Russia, incl. from Moscow. This season, the number of guests in Karelia has increased by 26% compared to 2021.

Especially for such tourists, the magazine "Profil" compiled a list of the five most atmospheric places in the region where it is best to celebrate the New Year.

1. Kizhi Nature Reserve. This masterpiece of wooden architecture is included in the UNESCO list. Here you can not only see ancient buildings, but also learn about the life of people in the past, taste their food and drink herbal tea.

2. Mountain park "Ruskeala". Park"Ruskeala" (from the Finnish Ruskeala, “brown”) is located in the Sortavalsky district of the Republic of Karelia near the border with Finland. Before the revolution, there was a marble quarry here. Most of the palaces and temples of St. Petersburg are decorated with local marble. Today, the park is equipped with paths and viewing platforms, and evening lighting has been installed.

3. National Park “Kalevalsky”. It is called the standard of the northern taiga, because. there are a lot of coniferous forests, rocks and reindeer, as well as 400 lakes, about 250 rivers and streams.

4. Lake Ladoga. This is the best place in the region for winter fishing. Renting a house by the lake, you can enjoy the silence of nature and catch fish such as trout, brown trout, pike, grayling, pike perch, whitefish, perch, burbot.

See the continuation and photos on Yandex.Zen