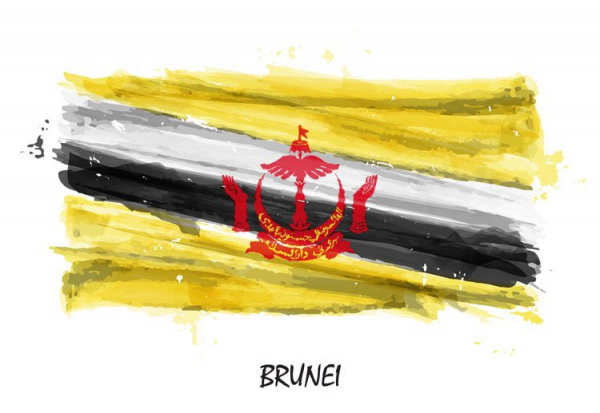 If you are looking for an exotic getaway, you should definitely consider Brunei. The sights of Brunei are very diverse, and the mild climate allows tourists to come almost all year round. It will be possible not to spend extra time, money and effort on organizing a trip, having previously found out which places are visited first of all by guests from other countries. There are hotels in Brunei along the sea coast, and along with traditional 3-5-star options, there are hotel complexes that allow you to feel like representatives of the royal dynasty, surrounded by incredible luxury, during your vacation. But no matter how wonderful the chosen place of residence and beaches are, it is still worth seeing the sights of Brunei located outside of it. And we offer up-to-date information on what to see in Brunei.

First things to see in Brunei

Note – the key attraction of Brunei is nature, so far untouched by man and amazing with a variety of plant and animal forms. The closest you can get to know the local beauties is in protected areas, but for connoisseurs of educational recreation there are a lot of museums and mosques. The main thing to see in Brunei in 1 day is located within the capital, which leads not only in the number of old buildings, but also in the number of hotels, restaurants and souvenir shops. 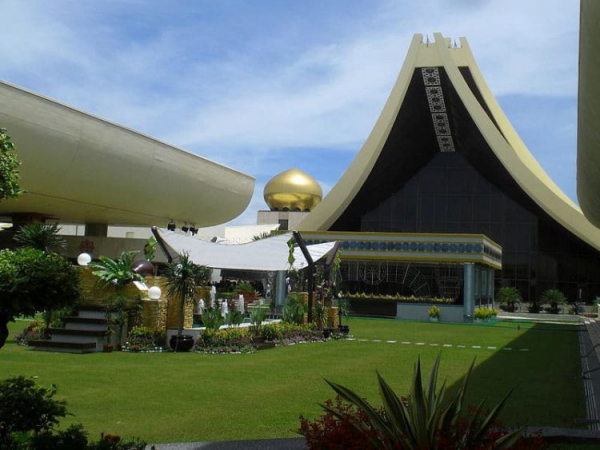 Palace courtyard, open to the public once a year de:Benutzer:Chtrede

The Sultan's Palace – Istana Nurul Iman, which rightfully occupies the first place in size on the planet among the official residences of heads of state. The construction of the palace complex, which has almost 1.8 thousand rooms, more than two hundred bathrooms and eighteen elevators, according to approximate estimates, took at least half a billion dollars. But the money was not spent in vain – the building impresses both with its architectural design and luxurious interior design. When deciding what to visit in Brunei, this building becomes the first point for most tourists. True, the complex is closed to the public for the main part of the year – it is opened only 3 times a year. If you manage to get inside, you can admire five huge pools and a parking lot for five thousand cars. 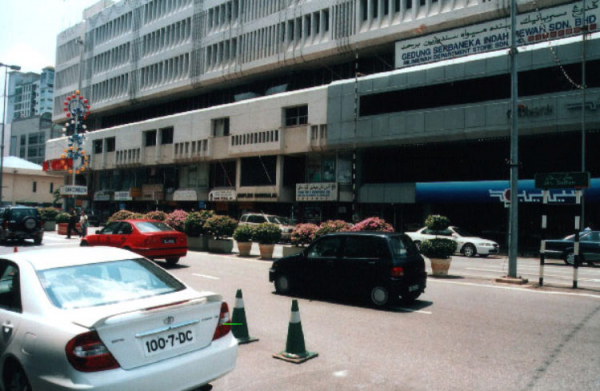 The city of Bandar Seri Begawan is the center of the country, both administratively, economically and culturally. It is here that most of the historical sights of Brunei, luxury hotels and numerous entertainments are located. In addition to the metropolis itself, in which modern skyscrapers stand next to ancient temple complexes, it makes sense to explore the picturesque hills in the vicinity. Despite its rather modest dimensions, Bandar Seri Begawan seems majestic and fully reflects the well-being of the local population. 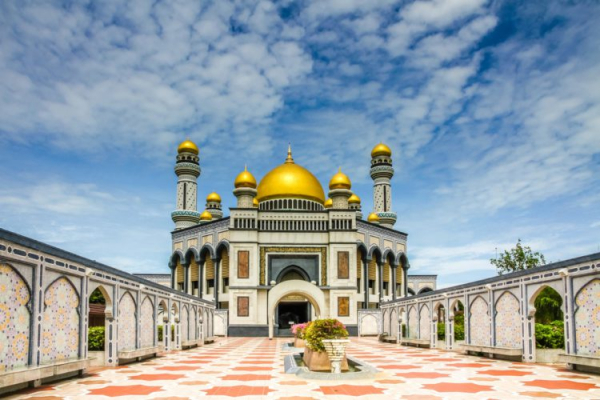 The James Asr Hassanal Bolkiah Mosque, which is impossible to miss thanks to its 29 golden domes. Their number was not chosen by chance, because it was Haji Hassanal Bolkiah Muidzin who became the twenty-ninth ruler. Anyone can go inside and admire the exquisite decoration of the mosque, but it must be remembered that photography and video filming are strictly prohibited. Don't know what to see in Brunei to appreciate the splendor of local architecture and the viability of the Sultan? Then you should definitely come here. The temple for Muslims has been functioning for 26 years, and its construction is timed to coincide with the ruler's twenty-fifth birthday. 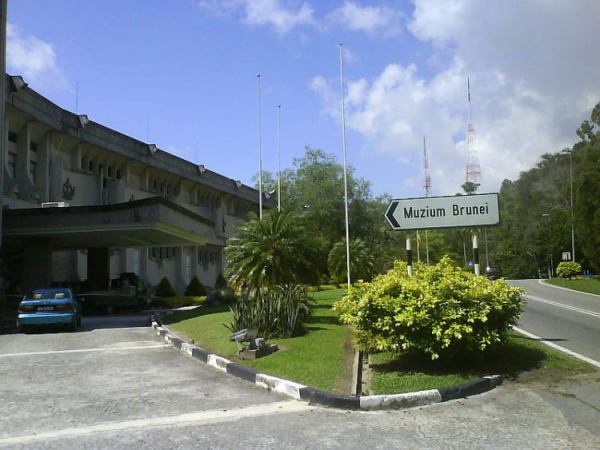 The Brunei Museum is a landmark of Brunei, which is worth paying attention to those who like to look at antiquities. The museum fund is huge and is represented by household items, weapons, jewelry, as well as things that were found in ships sunken in the sea. Separate expositions are devoted to the oil industry, thanks to which the country managed to become one of the most prosperous in the region. The museum is located in the capital, easily accessible by taxi or public transport.

Brunei attractions: what else to visit in Brunei

If the trip is planned for more than a couple of days, then the question is where to go in Brunei, it rises especially sharply, the main sights have already been explored. Based on the recommendations of those tourists who have already been here, we have prepared descriptions and photographs of several more tourist sites that deserve attention.

More about what to see in Brunei if you have extra free time:

Omar Ali Saifuddin Mosque – built sixty years ago in the capital, the temple embodies Muslim traditions and is characterized by a fairly large number of modern design ideas. The mosque can be seen for miles thanks to its 52-meter-high dome, from which the sun's rays are reflected in clear weather due to the gilded finish. This landmark of Brunei looks no less impressive at night, when the backlight is turned on. Next to the building there is a wonderful park area and an artificial lagoon.

Watch the beautiful views of Brunei in this breathtaking video! 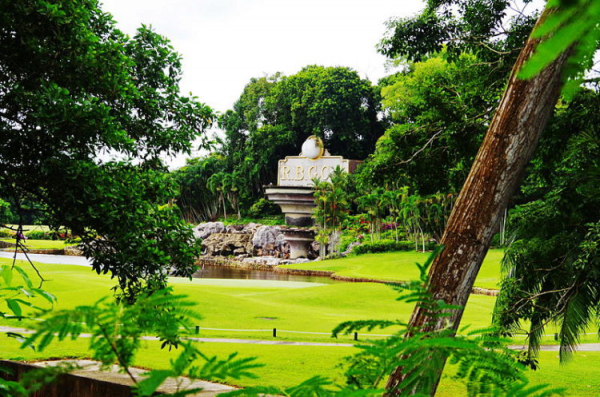 Jerudong Park is an ideal place for those who are interested in what to see in Brunei and not get bored. Built in full accordance with the current requirements of outdoor enthusiasts, this complex includes equipped playgrounds for playing a variety of games, from golf and polo to karting. We will also have something to do for young visitors, who have an amusement park at their disposal. 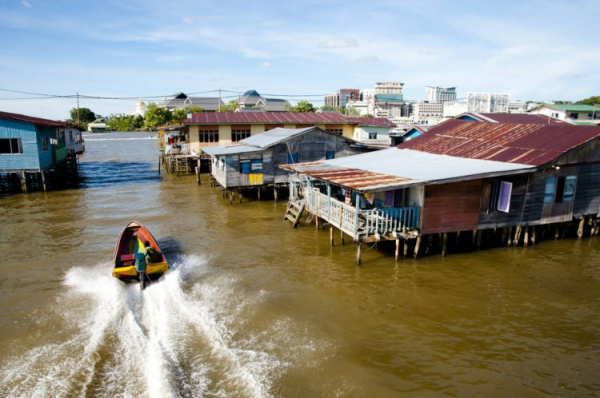 Traditional wooden houses on stilts on the Sungei River Brunei

Village on the water Kampung Ayer – a trip to this settlement will turn the idea of ​​​​the country, showing the life of the local population from the other side. In fact, this is a whole complex of villages (there are 28 in total), located not on land, but on water, and there are schools, mosques and all other attributes of an ordinary city. For the first time, villages began to form in this part of the country a thousand years ago, and now Kampung Ayer is a favorite place for foreign tourists. 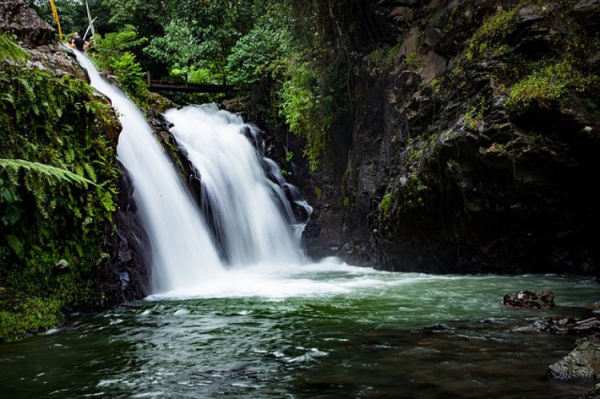 A picturesque corner of the Usai-Kandal reserve in the jungle

Reserve Usai-Kandal (Wasai Kandal) – located, albeit not remote from civilization, but still the jungle, a natural complex protected by the state, where you should go for a calm, safe and exciting vacation. There are various trails at the disposal of travelers, many of which lead to Air Terjun Menyusop with its beautiful waterfalls and pools where you can swim in hot weather. 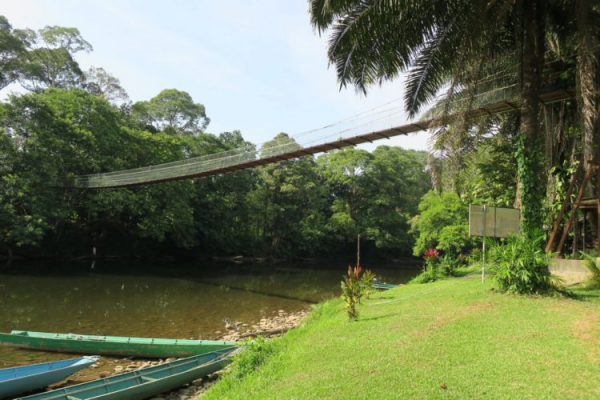 Ulu Temburong National Park or the “Green Pearl of Brunei”

Ulu Temburong National Park, extending over a large area with a diverse landscape. In one visit, you will be able to visit a mountain 1.8 kilometers high, and then watch the animals in their natural environment, descending to lowland areas. If there is at least one day left and you have to choose what to see in Brunei, then the Green Pearl, as this park is also called, will be the best option. Occupying about fifty thousand hectares, Ulu-Temburong impresses with its untouched nature, for which we should thank the local authorities, who took care of protecting this zone back in 1991. 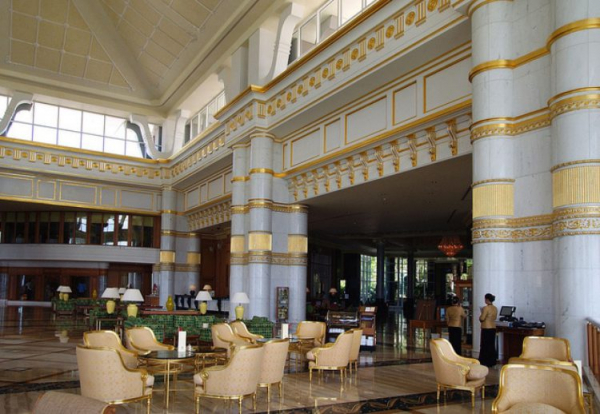 The Empire Hotel &amp; Country Club is the country's leading hotel in all ratings, attracting with an incredibly large area, sophistication of design and integration of advanced technologies. Each guest is provided with an electric car for quick and comfortable movement around the territory, and trips to a well-maintained beach, a spa center or one of the many pools can provide complete relaxation.

After reading our roundup of the best attractions, you'll know exactly what to see in Brunei to get a closer look at its history, culture and natural wonders. But in addition to choosing interesting places to visit during the trip, you should also think about the accompanying person. Guides in Brunei offer their services in hotels, travel agencies and online, and prices vary depending on the saturation and duration of the tour. And keep in mind that, despite the modernity of the country, followers of Islam live here, so you need to show respect for their customs. Also read about the sights of Bhutan and get inspired for your next trip to Asia!