Bomb under Europe. Why is Lake Laach in Germany dangerous? 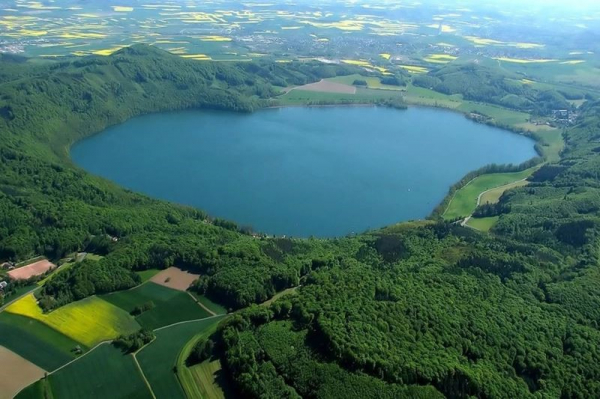 Bomb under Europe. Why is Lake Laach dangerous in Germany?

German scientists pay attention to Lake Laach in the west of the country in the light of the awakening of the world's largest volcano Manua Loa in Hawaii.

Laah is the only caldera lake in Central Europe, i.е. located in the crater of a volcano. It is still considered valid. The last eruption here was 12.9 thousand years ago. If it repeats, 100 times more ash will be thrown into the air than from the Eyjafjallajökull volcano in 2010.

Now the lake in the federal state of Rhineland-Palatinate looks peaceful and calm. Many tourists come here to relax and take beautiful photos. But experts warn that in the event of an eruption, lava flows will destroy all life within a radius of 60 km, and the ash will fly to Sweden and Italy.

See also  In Abkhazia, they reported a sharp rise in the cost of recreation