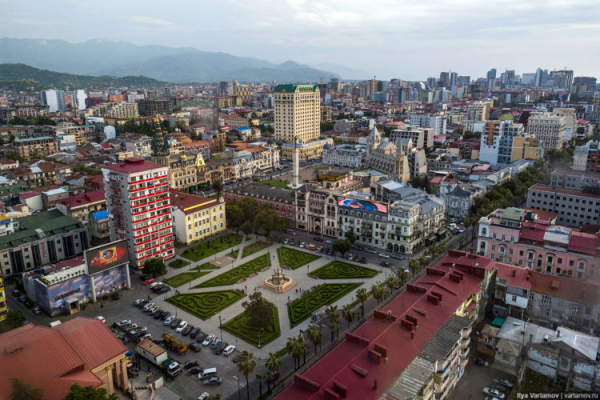 Georgia is a colorful country that attracts tourists from different countries. It allows you to organize a quality and varied holiday for everyone who comes here, regardless of their wishes and preferences. The real highlight is the city of Batumi and the sights that it offers to see its guests. Don't know what to see in Batumi? Especially for you, we have compiled a list of popular places in this city, which included the most interesting sights of Batumi.

When planning a vacation in a Georgian town, which is often compared to the sun because of its brightness and mood reigning around, initially you need to evaluate the full breadth of the available opportunities. This is:

the cleanest beaches, fully landscaped for a comfortable pastime. Here you can not only sunbathe, but also go diving, windsurfing and other water sports. The beaches have all the conditions that may be required by vacationers. In most cases, entry into the water is gentle, which is suitable for families with children; 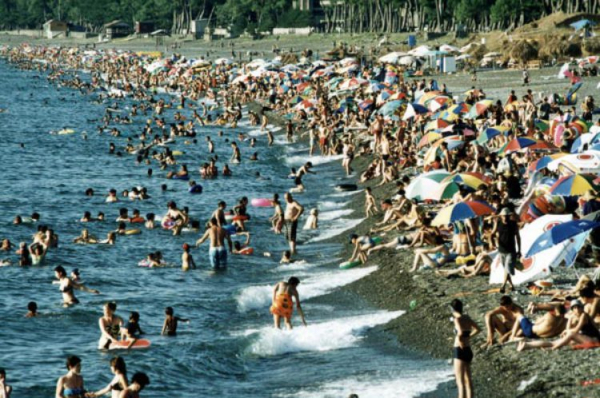 cozy restaurants and cafes, where they will gladly offer a wide selection of local and other cuisines. Each institution has its own unique interior, decorated in a certain style. There are exclusively Georgian restaurants, decorated according to the local color; 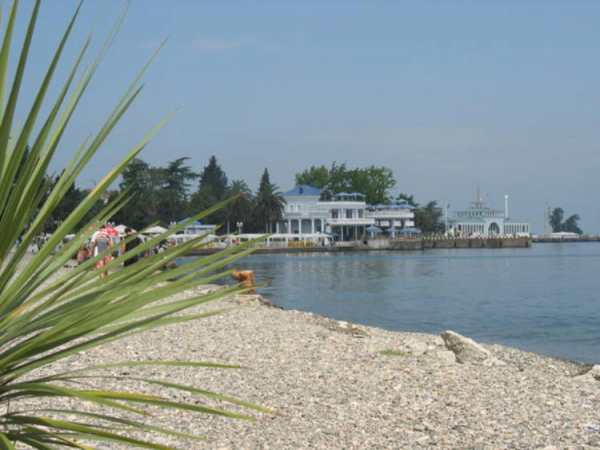 numerous entertainments for every taste in the form of entertainment centers, parks, attractions and other exciting activities; 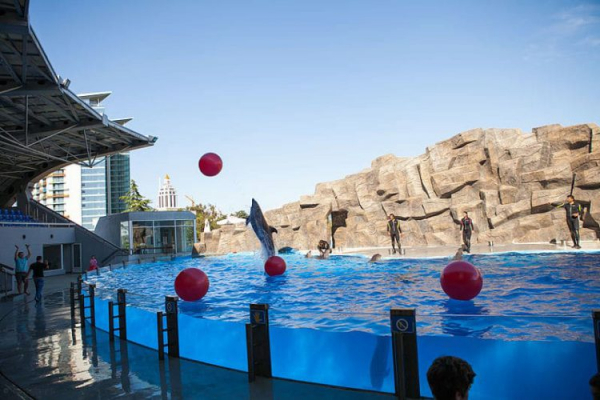 discos, night clubs and bars, where young people happily spend their free time; in Batumi there is something to see from the sights, so it will be interesting for connoisseurs of history, culture, religion.

Watch the beautiful places of Batumi in this wonderful video!

The main attractions of Batumi

Having described the breadth of opportunities that open up to tourists, we can proceed to a more detailed consideration. Let's start with nature, it is she who glorifies the city, first of all attracts the attention of its guests. And on the map of Batumi there are such sights:

All guides in Batumi recommend city guests not to ignore this garden. It is considered one of the largest in the world. Unique representatives of the flora are collected here – trees, shrubs and flowers of rare species. The botanical garden was founded in 1880. Its founder was the Russian scientist Andrey Krasnov. The first visitors were able to enjoy the beauty of the area in 1912. The area of ​​the garden is 110 hectares. This is a huge expanse, which collected more than 5 thousand different types of plants. There are sakura, palm trees, bamboo, ficuses. Magnolia, eucalyptus, cypress and other representatives of the flora are also planted. The Botanical Garden is built in tiers, each of which is responsible for its own type of plants. It stretches from the top of the mountains to the Black Sea itself, forming a unique natural composition; 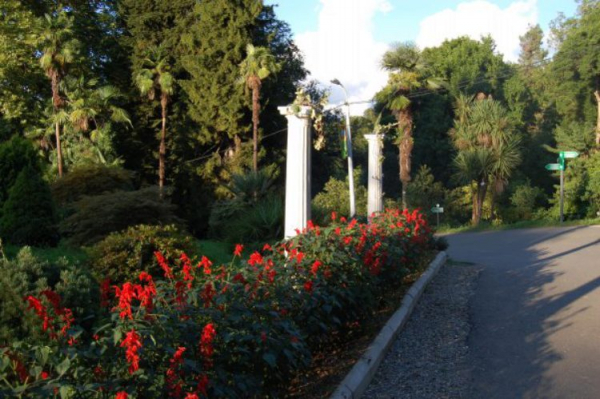 A photo of this attraction of Batumi is in any tourist guide. It is located in the northwestern part of the city. Previously, there was a landfill at this place, so you didn’t even have to think about walking here. But, through the efforts of local residents and authorities, the territory was ennobled beyond recognition. Now it is a very beautiful place, ideal for relaxation. Its history dates back to the early years of the 20th century. The project of the park was developed by a famous German gardener. The idea was brought to life by other people, but no less qualified specialists. It is not difficult to make sure of this by walking along the colorful alleys, enjoying the planted shrubs and flowers, the established decor; 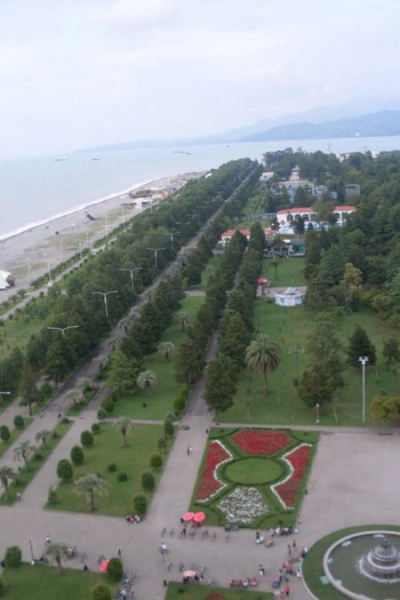 It flows in Georgia and Turkey, while on the territory of the first there is only 26 km of the river from the total 438 km. The river has become a place for sports competitions, and also serves to irrigate the surrounding lands. Going here, you can enjoy unique landscapes, the likes of which can be found nowhere;

One of the largest in the city, an important sight on the map of Batumi. It is located near the waterfront. From the shore you can see several small islands where willows grow and waterfowl breed. It is a pleasure to watch the beauties of the lake, because few places manage to see such a landscape. 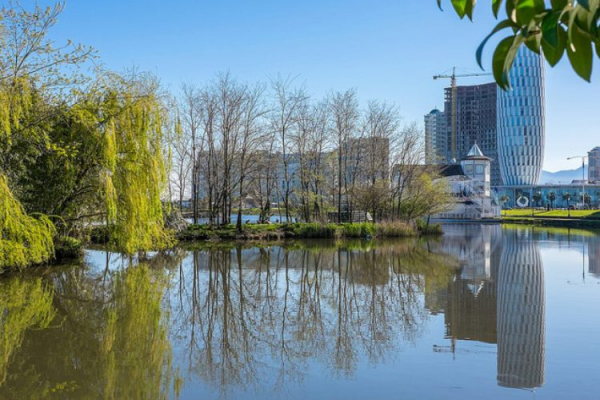 Looking through the photos and descriptions of Batumi sights, it can be noted that there are many more interesting places where you can go during your vacation.

What more to see in Batumi

After admiring the natural beauty of nature, having visited local beaches, you can proceed to get acquainted with the creations of man. And if we talk about which of the sights of Batumi to see in the first place, it is worth noting such an object as Miracle Park. It is located near the embankment, so you don’t have to look for it for a long time. Here you can just walk on foot, as well as rollerblading, cycling, skateboarding. On the territory there are: 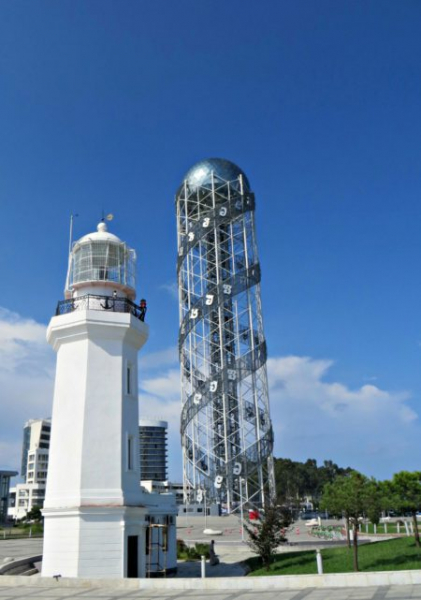 moving sculpture of Ali and Nino (Love); sculptural composition “Me, you and Batumi”; Ferris wheel; Fountain “Tower of Chacha”. 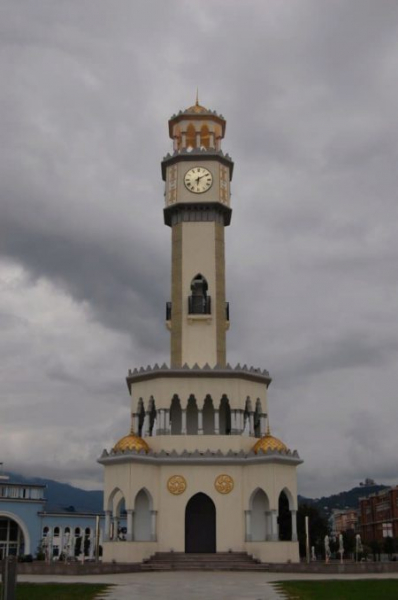 You will have to spend at least a few hours exploring the surroundings, but the pastime promises to be exciting and give a sea of ​​vivid emotions and impressions.

In the immediate vicinity of the park is the city port. It has a huge area, includes berths, warehouses, transshipment mechanisms, repair shops and many other facilities. Looking at the port from the outside, guests of the city never cease to be amazed at its scale and grandeur. In addition, here you can look at numerous ferries, yachts and other options for water transport. 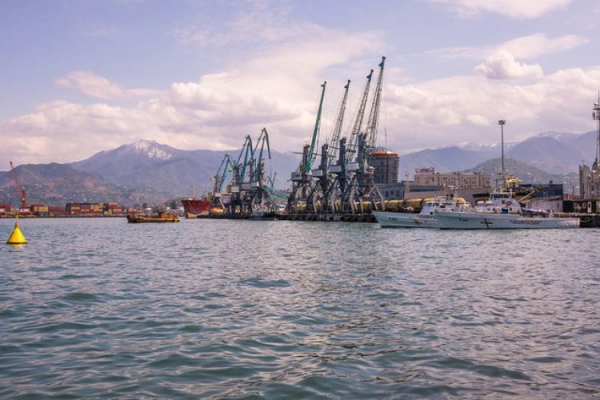 Sea view of the city port of Batumi jagermesh

The next stop is the Dolphinarium. It is considered the largest in Georgia, it was the first to appear on the territory of the Soviet Union. Describing the best sights of Georgia, one cannot pass by this place. This landmark of Batumi and Georgia is interesting to watch for both adults and children. Unusual performances are held for guests, filled with many tricks and tricks, bringing a lot of positive and wonderful mood. 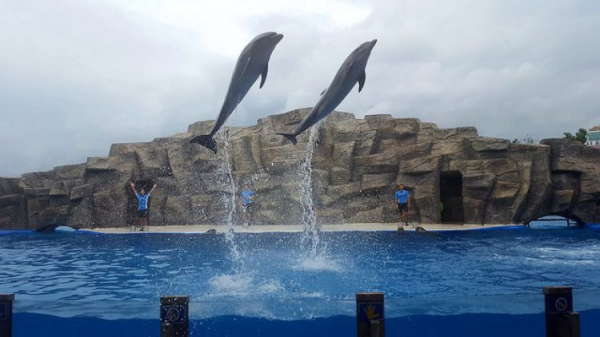 Looking through the photos of Batumi sights in Georgia, the following objects should also be noted: 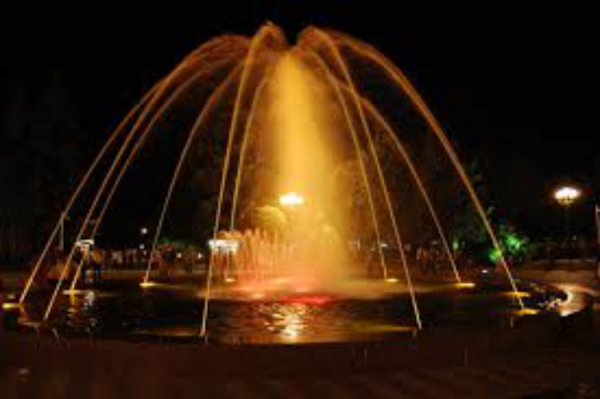 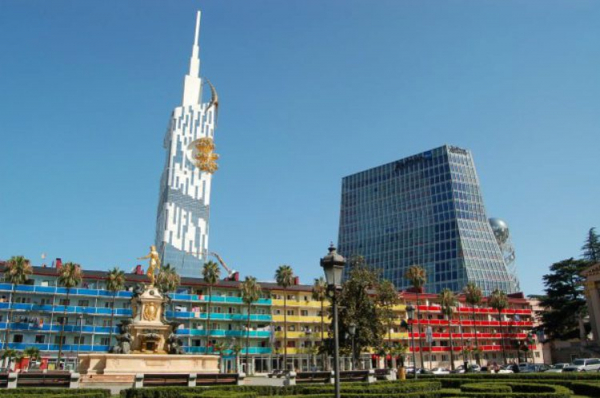 Those who come from Tbilisi to Batumi and want to see religious sites should pay attention to:

Church of St. Christ the Savior; Cathedral of the Holy Mother of God; 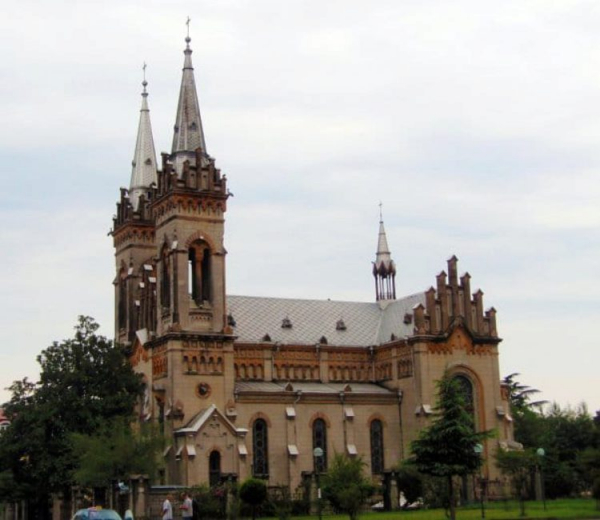 Cathedral of the Holy Mother of God in Batumi Ephraim Stillberg

Each of the shrines has its own history filled with unique facts and legends. You can visit each church or choose a particular temple that attracts the most attention. 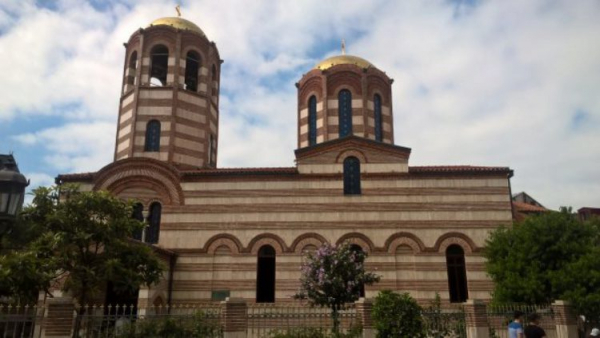 which town. It is important to understand that it is very difficult to get acquainted with all its wealth on your own, even if you rest here for several weeks. Therefore, it makes sense to book an excursion accompanied by a Russian-speaking guide. Such a decision would be justified for several reasons:

the ability to choose the topic of the excursion program or a sightseeing tour, including the main points; obtaining complete information about each leaflet under consideration; the ability to save time on the road in view of a clearly and professionally planned route; the opportunity to see the sights of Batumi and its environs in greater numbers and in less time.

If you want to get to know the city better and closer, it is better to book an individual excursion to Batumi. Here it is possible to adjust the program according to personal preferences, having discussed all these subtleties with the guide. Looking through the offers, you will notice that this includes not only city objects, but also attractions near Batumi. There are excursions that involve travel outside the settlement, as well as comprehensive programs. The choice depends on the guide or the company you apply to. After visiting Batumi, be sure to visit Tbilisi! We have prepared for you an overview of the “best sights of Tbilisi“, so that you will be inspired for your further trip to Georgia.