Beautiful and dangerous. Tourists almost died for the sake of photographs of the eruption in Kamchatka

A cloud of ash from Klyuchevskaya Sopka stretched for 60 km, from Shiveluch – for 55 km 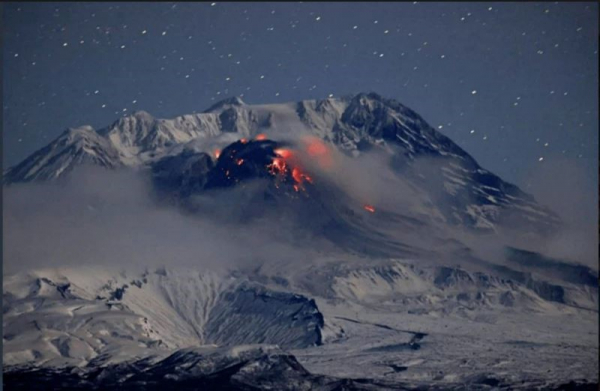 Beautiful and dangerous. Tourists almost died for the sake of photos of the eruption in Kamchatka

The highest volcano erupted on the Kamchatka Peninsula Eurasia Klyuchevskaya Sopka. At the same time, another Shiveluch volcano woke up.

Hot lava erupts from the volcanoes, mud flows everywhere due to the melting of glaciers. In addition, volcanoes throw “hot bombs” into the air; from lava and stones. These large clusters fly up to 200-300 meters. In general, the ash cloud from Klyuchevskaya Sopka stretched for 60 km, from Shiveluch – for 55 km.

Volcanic eruptions are a terrible, but at the same time very beautiful natural phenomenon. Among the white snow and the black starry sky, red flames majestically erupt.

Therefore, many tourists want to take photos of this natural wonder. The other day, a group of tourists nearly died when they got too close to the Klyuchevskaya Sopka crater. Travelers had to literally dodge volcanic bombs.

See Yandex.Zen for continuation and photo

See also  What to see for tourists in Yelabuga? TOP 5 attractions