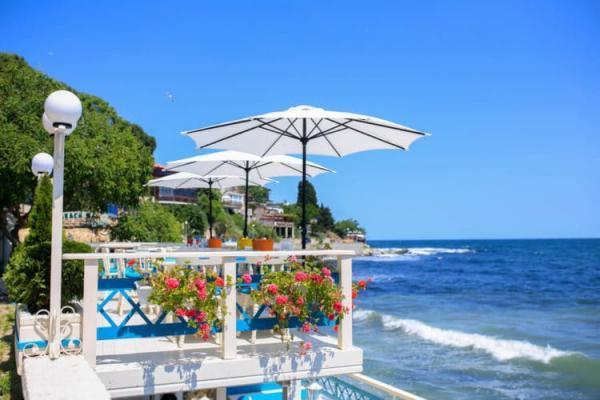 After reading our review, you will find out what sights of Nessebar every tourist should see. We will tell you about what you should certainly see in Nessebar, regardless of the duration of the trip.

What to see in Nessebar in the first place

When compiling our rating of “the most interesting places in Nessebar”, we took into account the reviews of local residents and the recommendations of experienced guides. In our general opinion, the list of places to go in Nessebar, first of all, looks like this: 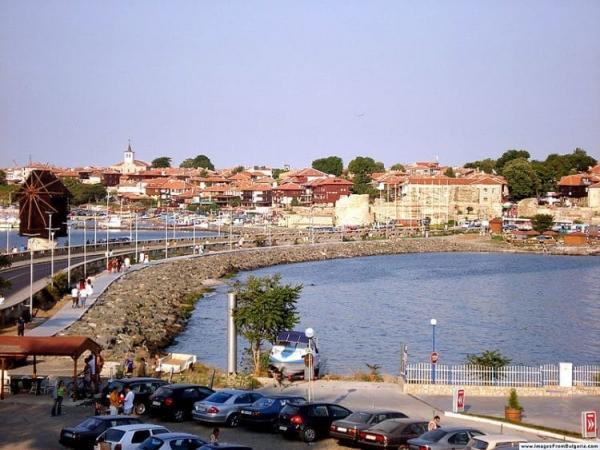 Old Nessebar appeared in the 10th century. Much later, a New Town was erected near the first Thracian colony, connecting with the first bridge. Unfortunately, the most ancient buildings were destroyed by time. However, some buildings built back in the 15th century by the Ottoman Turks managed to survive. The buildings are now in good condition, thanks to the reconstruction. In the Old Town you will see many luxurious houses of the 18th century, made in the architectural styles of classicism and baroque. 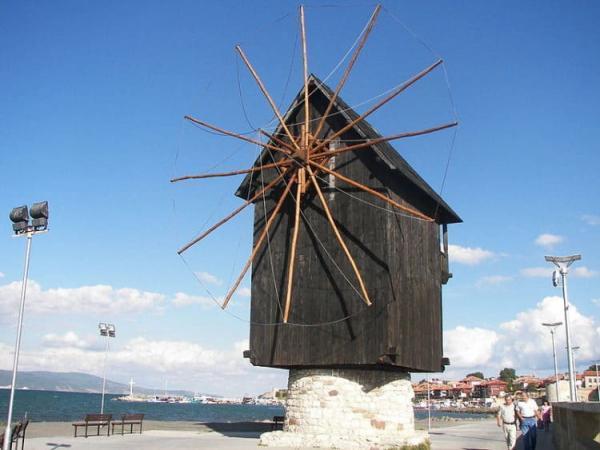 Like many other sights of Nessebar, this one is located near the Old Town. The structure is made of wood, but stands on a stone base. In the past, it was a Byzantine church, but it was completely rebuilt. The object is the hallmark of Nessebar and a favorite place for romantic walks for both tourists and residents of the city. If you want to take great photos, your trip here will be the right decision. 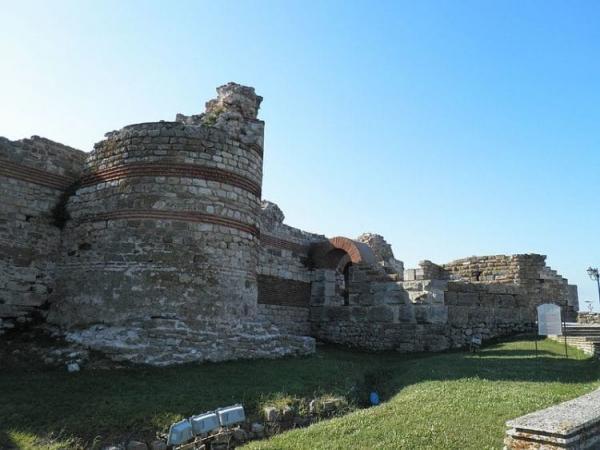 In the early Middle Ages, the city was surrounded by a high and long fortress wall, eight meters high (now there are only one hundred meters from the fortification in length). If you want to touch the history of the city, guides in Nessebar will take you to this particular attraction.

These huge baths are the cultural heritage of the city, preserved from the time of Justinian the First (Emperor of Byzantium). Marble was actively used in the design of the ancient complex: majestic columns and floors were faced with it. Stained-glass windows and mosaics were used to decorate the walls. The decor also has chic metal. You can look, among other things, at antique tiles with faces of great martyrs and illustrations on religious themes. Initially, the baths were supplied with water coming from the city water supply, and served as a resting place for wealthy Byzantines. Due to the peculiarities of the plumbing, different temperatures could be maintained in different rooms of the thermae. In the 9th century, during a terrible earthquake, the complex was almost destroyed. Now little has been preserved from the former grandeur of the ancient baths. However, if you are interested in the best attractions of Nessebar, which have a rich history and great cultural significance, a visit here will be the right choice. 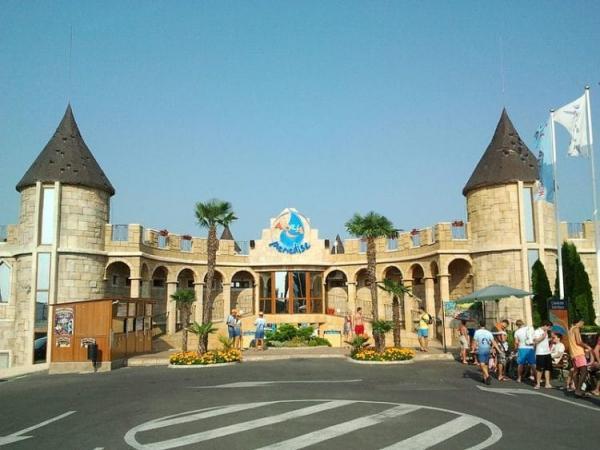 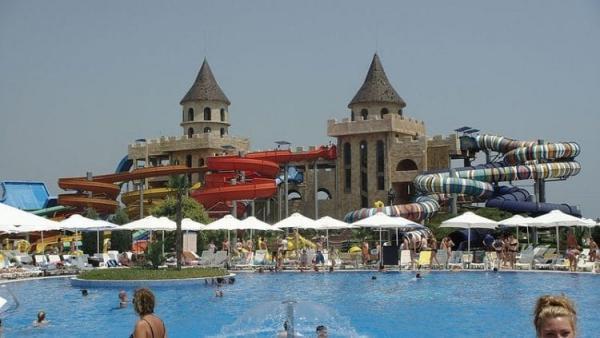 The best option of what to see in Nessebar in 1 day with the whole family. The relatively new entertainment complex is notable for its impressive dimensions: the territory has 30,000 square meters. Guests are offered many water attractions with pools, slopes, open and closed tube tunnels. A number of them are made in the form of ancient palaces. The owners of the water park pay great attention to the safety of the park. Among other things, the complex includes numerous restaurants and cafes serving fast food, ice cream and national cuisine.

A private museum complex, the exhibition samples of which are the figures of various movie characters. In the collections you can see characters from the Terminator, Alien, Hobbits and other most famous films of the past and present. Also on the list of exhibits are manuscripts with spells, reduced models of military equipment, models of weapons. 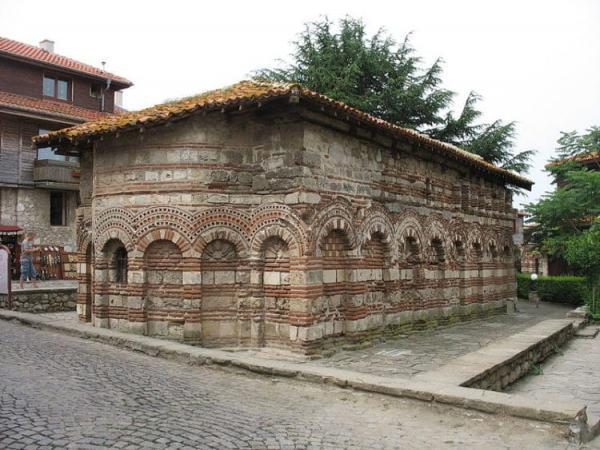 Facades of the Church of St. Paraskeva made of brick and hewn stone in the ceramic-plastic style Esther Westerveld 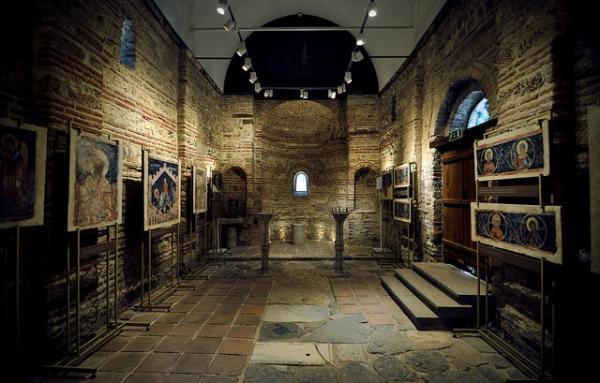 Inside the XIII century St. Paraskeva Church in Nessebar fusion-of-horizons

Orthodox church of the city, which is under the protection of UNESCO. According to researchers, the building dates back to the 13th-14th centuries. If you don't know what to visit in Nessebar, but are passionate about history and architecture, come here.

8. Church of the Holy Archangels Michael and Gabriel

An inactive Orthodox church with a rectangular tower and a large dome, which is in a dilapidated state (despite the fact that the last restoration was carried out in 2013) and is under the protection of UNESCO. Learning about the main sights of Bulgaria, you will certainly hear about it: the cross-domed church is included in the list of 100 main tourist sites of the state. Estimated date of construction – 13-14 centuries. The temple was badly damaged during the Ottoman raids. The building does not have huge dimensions (approximate dimensions are 5 by 14 meters), but it looks impressive and majestic. The walls of the building demonstrate the style traditional for Bulgarian architecture: arched niches, masonry of white and red stones. Ceramics acts as a decoration – green tiles are stacked in several rows.

View from the western entrance to the interior of the Church of St. Stephen in Nessebar fusion-of-horizons

The temple was built in the 11th century. Initially, the church was erected in honor of the Mother of God (later the object was also renamed). At the end of the 15th century, the building received a unique carved iconostasis. Having made a trip to this temple, you can admire the episcopal chair of the Renaissance and the unique throne of the same era.

10. Church of Christ the Pantocrator

Talking about the most popular excursions in Nessebar, this famous Orthodox church cannot be ignored. The building is located on the square of the historical and architectural reserve, which is on the list of UNESCO protected sites. In addition, the temple is included in the list of hundreds of the main tourist monuments of the country.

Nessebar attractions: what visit in Nessebar?

We told you about the main attractions of Nessebar briefly. This is not the end of our list of wonderful places in a hospitable city. If you have already booked hotels in Nessebar and are now compiling a sightseeing itinerary, include in it: 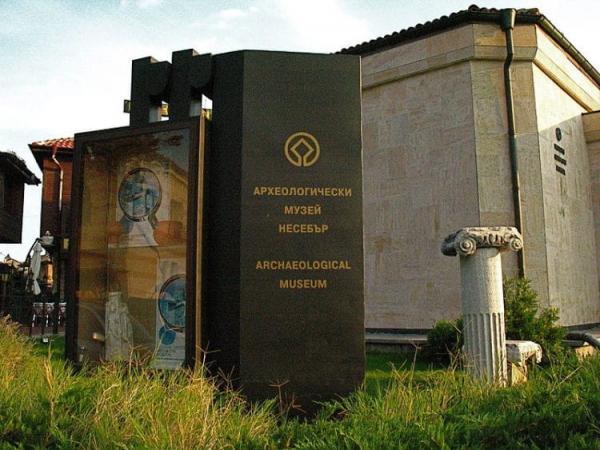 Exhibit of the Archaeological Museum in Nessebar Ad Meskens

The museum complex is located at the entrance to the Old Town. Opening date – 90s of the 20th century. The four-story building houses an impressive collection of antique objects, obtained through archaeological excavations, and relating to various eras: from the Byzantine and Roman to the Thracian.

The museum is open in a 19th century city mansion, formerly owned by a wealthy Bulgarian merchant. Each room of the house offers an acquaintance with exhibits of its own theme. The exhibition collections include objects of culture and everyday life of the Bulgarians: textiles, clothes, household utensils, tools, furniture. At the entrance in front of the estate, you can often see performances by various folk ensembles. 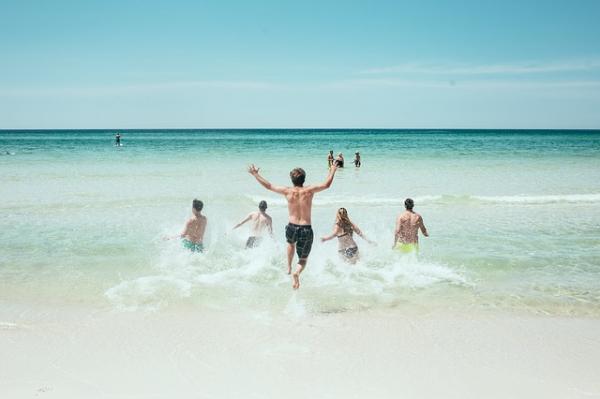 Arriving in Nessebar, you should definitely visit the beaches of the city. This one is located near the hotel Aphrodite, and is a not too wide sandy strip, several kilometers long. Thanks to the large local waves, South Beach, awarded with the prestigious Blue Flag award for its environmental friendliness, is especially loved by surfers. The territory is conditionally divided into paid and free zones. To relax on the first one, you will need to pay for a sun lounger and an umbrella. You won't be able to sunbathe lying on your own towel.

Vacationers on the beach of Sunny Beach resort www.vacacionesbulgaria.com

The largest resort area in the country with a large number of budget and luxury hotels, located in the eastern part of Bulgaria. On the territory there are both modern buildings and buildings left over from Soviet times. Sunny Beach has also been awarded the Blue Flag.

As well as the whole of Bulgaria, Nessebar famous for its wonderful wines. On a tour of this winery, you can taste locally produced alcohol, as well as learn about how it is made. The drinks you like at the tasting can be purchased at a bargain price.

We hope that you will want to include those sights of Nessebar, photos with names and descriptions of which you have just seen, in your excursion route.