Accident or joke? The plane with the Russians drew mysterious circles in the air for 2 hours

The entire chain of transportation was disrupted, the flight from Russia to Thailand was already delayed for a day 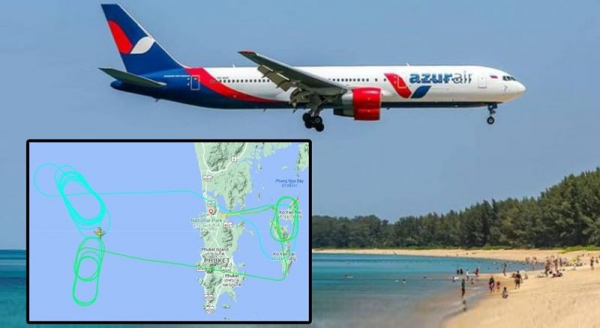 Accident or joke? The plane with Russians drew mysterious circles in the air for 2 hours

December 10 Azur Air plane on Phuket flight – Novosibirsk, with 200 passengers on board, immediately after takeoff began to circle in the air over the Indian Ocean, and then returned to the destination airport.

Because of this, the entire Azur Air transportation chain was disrupted. We already know about a daily delay in departure from Yekaterinburg to Thailand.

According to the Thai edition of The Taiger, the ZF3750 liner flew to Russia with a five-hour delay, but in the end it never flew anywhere. 200 Russians were left waiting for their return home at Phuket airport.

Apparently, the plane ran out of fuel due to an emergency situation, and then returned to the airport of departure. However, there are still no exact official comments on this subject from Azur Air or the aviation authorities of the Russian Federation or Thailand.

See also  Tourists in Sochi were scared by tornadoes and heat