A tourist brought 140 poisonous snakes, slugs and molluscs to Moscow from Thailand 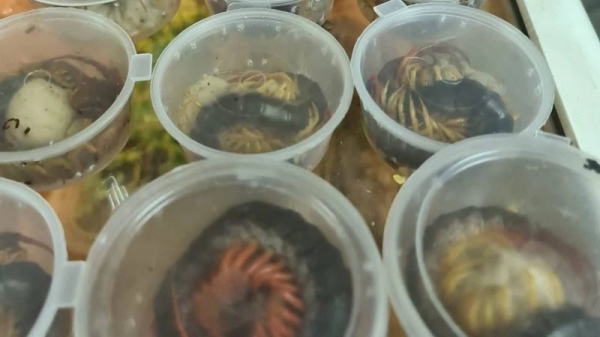 At the Zhukovsky airport in the Moscow region, 140 exotic poisonous animals were found in the luggage of one of the tourists.

The man was flying from Thailand to Moscow via Kazakhstan. There were no complaints about his luggage at any of the airports before Zhukovsky.

Only in the capital, plastic cans and bottles with poisonous reptiles were found in suitcases. These are 140 individuals, including snakes, lizards, frogs, scorpions, centipedes, crabs, mollusks, wood lice, slugs, spiders, ants, locusts, cockroaches.

According to customs officers, they can be carriers of dangerous for humans diseases. The tourist did not have any veterinary documents.

“Some species of seized animals are poisonous. So, the poison of the Vietnamese centipede is dangerous for an adult and can kill a child. Such animals can be kept strictly by professionals. In addition, in the event of an escape, exotic guests will not be able to adapt in our latitudes and will quickly die,” experts said.

See also  Hundreds of thousands of guests. Tourist flow to Kamchatka recovered after the pandemic