A group of tourists with children disappeared near Sochi

Travelers did not return either in the evening or at night 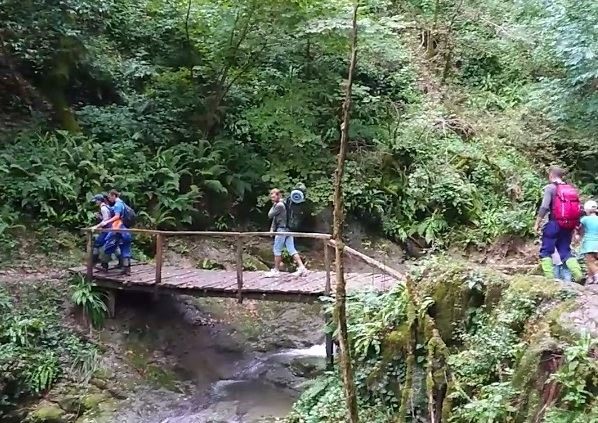 A group of tourists with children disappeared near Sochi

A group of tourists with children disappeared in the area of ​​the Azhek mountain river northeast of Sochi.

On October 1, a group of two men and three children went on a mountain hike to the Azhek waterfall. They wanted to spend the night in tents in the forest and return home the next day. All five are residents of Sochi and know these places well.

The travelers did not return either during the day, or in the evening, or at night on October 2. They didn't get in touch. The next morning, the wife of one of the adults and the mother of the children called the Ministry of Emergency Situations.

A group of rescuers left for the scene. In the Azhek campsite, where tourists often spend the night, the missing group was not found. Moreover, two adults and three children did not even enter the ecovillage.

Rescuers set off in search of the river Ats. At the place of its confluence with the Sochi River, they finally found tourists. As it turned out, they did not get lost at all, but simply decided to take a longer walk in nature without notifying their mother who remained at home.

Specialists of the Ministry of Emergency Situations accompanied them to the exit from the forest. The tourists did not need any help.

See. photos and other news on Yandex.Zen